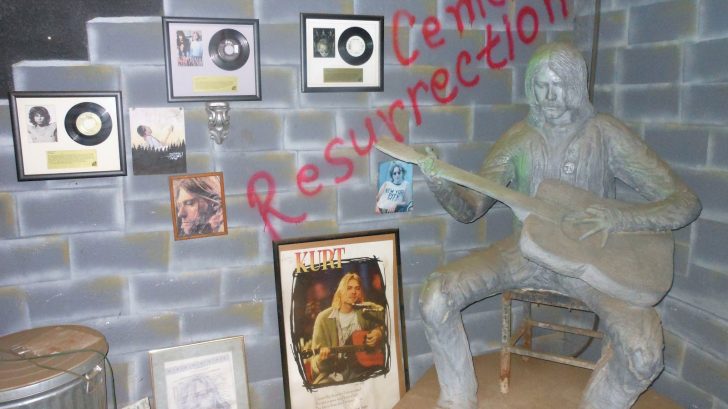 The massive historical piece lost as fire destroyed the Aberdeen Museum of History in the town of Aberdeen, Washinton (Cobain’s Hometown). The museum has an entire section dedicated to Aberdeen native Kurt Cobain, and iconic grunge band Nirvana. Nirvana’s entire career, all decimated by fire, and there are no recent reports on what caused the fire.

Caught on fire includes the new artwork that was installed in 2017 to commemorate what would have Cobain’s 50th birthday. Jennifer Lundberg’s mother, an Aberdeen local, painted the mural for the museum.

“It was Kurt Cobain, and it really means a lot because he’s from here. It’s just beautiful art,” Lundberg said

Museums crew have remained on site over the weekend to survey hot spots, while investigators are still looking for clues what caused the fire.

There’s also a drone video that captures the devastating fire at Aberdeen Museum of History. You can check the video below.