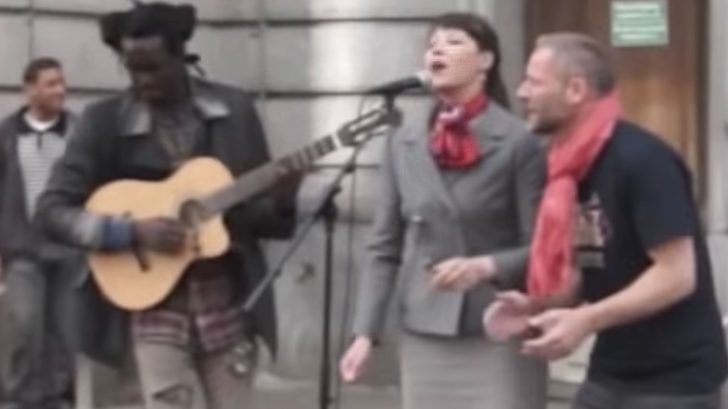 Bob Marley’s Smiling Down From Heaven

Nothing brings strangers instantly closer to each other than music. Don’t believe me? Then watch this video and tell me if it doesn’t make you feel things. It’s both beautiful and incredibly touching. And aside from the crowd’s reaction, pay attention to the smiles of the performers – that’s genuine happiness right there.

I don’t know if the girl is a professional singer and to be honest, I don’t even care. This is one of those times when you don’t need to over-analyze and criticize anything, just enjoy the moment.

“After the song was written, Bob would always refer to us as the Three Little Birds. After a show, there would be an encore, sometimes people even wanted us to go back onstage four times. Bob would still want to go back and he would say, ‘What is my Three Little Birds saying?'” – I Threes member Marcia Griffiths

What’s not to love here? I can only wish I was there to witness this. The crowd was treated to this impromptu performance that they won’t forget for the rest of their lives. Lucky!

Bob Marley, as you already know, is all about good and positive vibrations. And this clip only shows how much his music affects everyday people. Strangers come together to have an impromptu performance – the thought alone makes us smile.

That’s why people expect reggae to be a one type of thing but it’s not that. This music, man, is not music of a day. It have to be real.” – Bob Marley