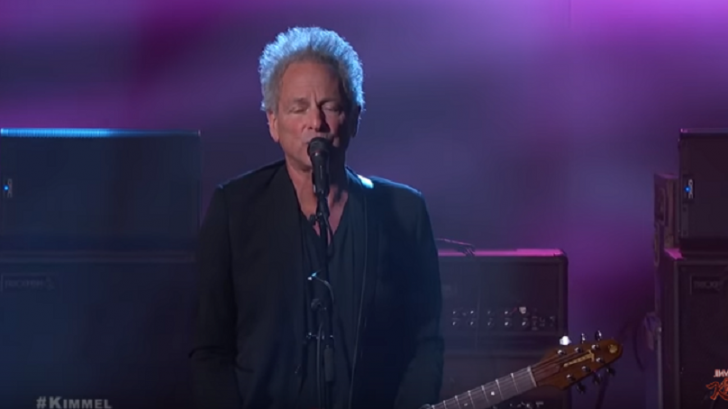 This Is Getting Messier…

Just when we thought all is well with Fleetwood Mac early this year, we suddenly hear the sad news that they booted out Lindsey Buckingham. But in a dramatic turn of events, he proves he won’t give up without a fight because he filed a lawsuit against his former band due of his dismissal.

According to the documents attached when he filed on Tuesday at the Los Angeles Superior Court, the legendary guitarist lost $12 million from the tour proceeds after he was kicked out last January without any warning. He was eventually replaced by Mike Campbell and Neil Finn. Some of the charges filed against members Stevie Nicks, Christine McVie, Mick Fleetwood and John McVie include breach of fiduciary duty, breach of oral contract and intentional interference with prospective economic advantage.

And perhaps one of the things that propelled Lindsey to take action was because the group refused to talk to him about their decision to fire him.

A post shared by Lindsey Buckingham (@lindseyadamsbuckingham) on Oct 12, 2018 at 4:41pm PDT

“In fact, not a single member of Fleetwood Mac has returned any of Buckingham’s phone calls to provide him with an explanation for his purported expulsion from Fleetwood Mac.”

And in a recent interview with Rolling Stone, Lindsey revealed that his ex-girlfriend Stevie Nicks had a lot to do with Fleetwood Mac suddenly letting him go. His manager Irving Azoff told him that Stevie gave the band “an ultimatum: Either you go or she’s gonna go.”

“And I don’t think there was ever anything that was just cause to be fired. We have all done things that were not constructive. All of us have worn on each other’s psyches at times. That’s the history of the group.” – Lindsey Buckingham

In a statement to EW, Fleetwood Mac responded, “Fleetwood Mac strongly disputes the allegations presented in Mr. Buckingham’s complaint and looks forward to their day in court.”