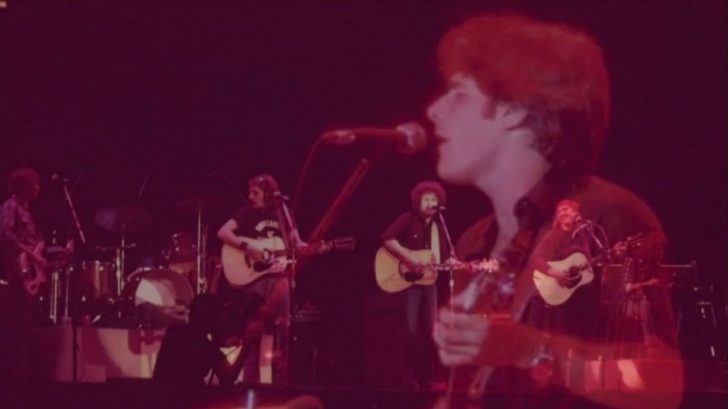 Big thanks for the great American producer Bill Szymczyk best known for his work with the Eagles, including Hotel California. He also produced: Edgar Winter Group ‘Frankenstein’, Joe Walsh ‘Rocky Mountain Way, Elvin Bishop ‘Fooled Around and Fell in Love’ and The Who’s ‘You Better You Bet’. All hits.

It is one of the most famous albums in history, rare is one who does not know it. The single Hotel California managed to rise to number 1 in the same year of its release, in 1976,  from their self-titled album. It is estimated that it sold more than 150 million copies and according to one study, it is played on American radio every 11 minutes.

Hotel California catapulted the group to fame from the moment it was released, in 1976, and is recognized throughout the world.

This special and untransmittable character is what makes the Eagles one of the most important bands of all time. The songs on this album are burned into the memory just by listening to them once, and not precisely due to excessive repetition, but rather the brilliant combination of electric and acoustic guitars, seasoned with the unique voice of Don Henley, make each theme a world of delight for the ears.

Listen to the Eagles below rehearsing the album in the studio: