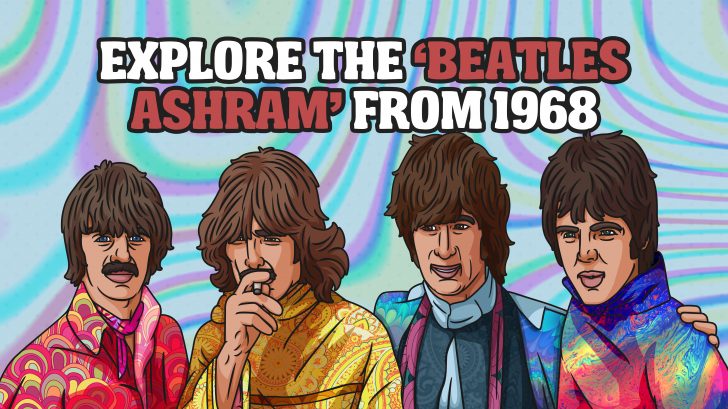 From LSD To Enlightenment

It was 1968, and the Beatles were initially very happy and relaxed staying with the Maharishi. And all of them managed to write a number of songs, which were, of course, made the cut in numerous Beatles and their solo albums. During their visit to Dehradun and Rishikesh in India, the Beatles finally found their true “Guru.”

It was a journey from LSD to Enlightenment at the Maharishi Mahesh Yoga Ashram and the Maharishi Yogi was known as “The Beatles Guru.”

They spent their time at this ashram to seek something deeper. They chose a life that we would never have thought about them — an inner transformation and to learn natural ways to enhance their consciousness and expand it.

George Harrison, one of them that learned a lot from this trip, he even managed to learn the Indian musical string instrument, Sitar from Pandit Ravi Shankar. Amongst them, he was the only one who took the meditation lessons seriously. Everything he managed to study during their stay gave him deeper understandings about life.

Life at the ashram was simple. Every visitors had to live in stone cottages, learn meditation techniques, and had to eat veggie meals at the communal center of the ashram.

The place was all about tranquillity which can make every guest relaxed and gain inner transformation and find inner peace.

The Beatles visit at the Ashram was said to be the most creative periods of the musical band’s life.

Today, the ashram is almost ruined and is being treated as a tourist attraction.

For an entry fee, you will be allowed to enter and have a look around inside the ashram.

After all the drugs and getting heavily sloshed, the Beatles found themselves to this ashram – they found peace learned transcendental meditation.

Keep going for the video below and have a look: