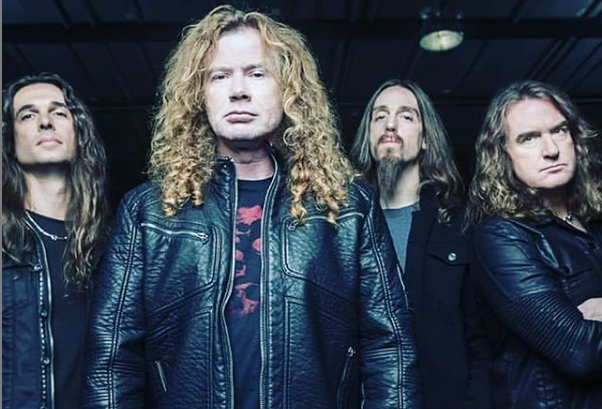 Megadeth spent their last two years working on their newest album, and now they have finally begun recording.

Prior to the COVID-19 pandemic, the group had intentions on recording their follow-up to 2016’s Dystopia before their co-headlining summer tour with Lamb of God started. While the stay-at-home was still in order, Megadeth were unable to work in the studio together and the tour, which also set to feature Trivium and In Flames, was rescheduled to 2021.

Speaking with The Metal Circus, bassist David Ellefson discussed that the group had started recording their 16th studio album. As usual, it was the rhythm section who did his part first, and drummer Dirk Verbeuren, who will make his studio debut with Megadeth on this record, also started laying down his tracks. “The main thing, the first thing we wanted to get done was drums and bass, so me and Dirk were working on that this last week,” relayed Ellefson.

“So, look, it’s underway. I think that’s the good news now — the album is officially underway. We’ve been writing it since late 2017,” he said, noting the last gig before the writing first started, “Our last show was in Buenos Aires, Argentina back in November of 2017. And then the intention from there was just to get started composing. But it’s on its way — the ship is sailing, which is great.”

The writing sessions were paused in the summer of 2019 when Mustaine was diagnosed with throat cancer. However, as he received his treatment, the guitarist/vocalist spent time collecting new material and Megadeth officially returned to the road in January with a European tour with Five Finger Death Punch. And before the COVID-19 outbreak, Mustaine confirmed he is now cancer-free.

Ellefson was observed when questioned what the fans can anticipate for the new material to sound like. He responded, “I think for us, what we find is that when we’re in a room and we’re playing something, and if we’re all going, ‘Yeah, that’s freaking awesome,’ if we like it, chances are you’re all gonna like it.”

Working titles for new songs were previously said to include “Dogs of Chernobyl,” “Faster Than Anything Else” and “Rattlehead, Part Two. Megadeth’s new album will also feature an Ellefson-sung ballad about the past feud between him and Mustaine.