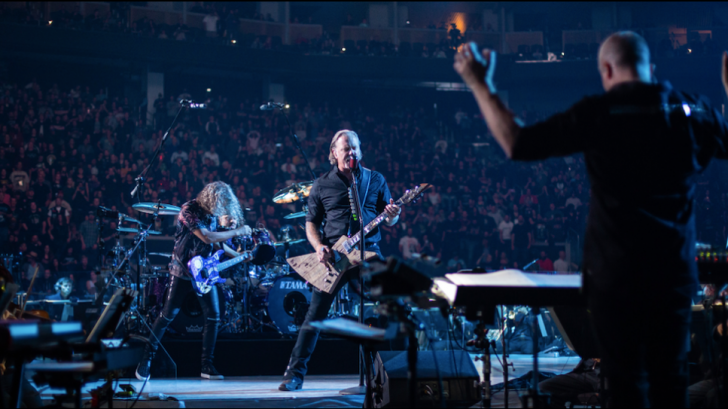 According to the Official Charts Company, the live album joins the Top 100 at No. 2 following “Crabs In A Bucket”, the third album by British rapper Nines.

In a remarkably tight chart run that closed with 5,000 chart sales separating the Top 5, “Crabs In A Bucket” reached midweek leads Metallica in the last 24 hours of the poll to close ahead by just short of 2,000 chart sales.

“S&M2” comes to life with the release of Metallica & San Francisco Symphony: “S&M2,” available in an astonishing variety of formats, ranging from a digital album on all major streaming media to 4LP, 2CD, DVD, and Blu-ray vinyl versions.