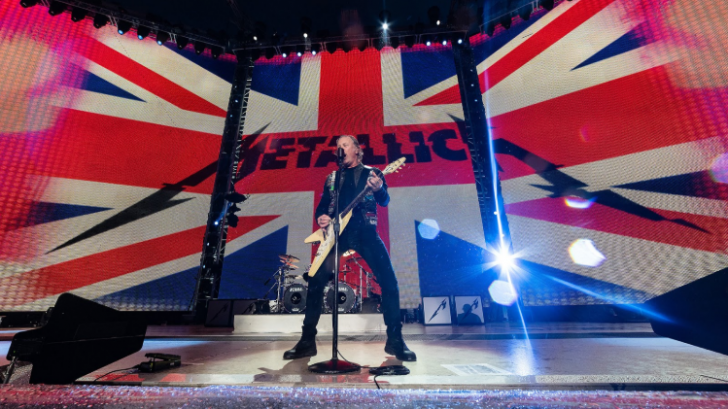 Metallica released their 2019 concert in Manchester, UK for the latest installment of their weekly series Metallica Mondays.

The concert marks the band seventh appearance in the UK city where they delivered an 18-song set in support of their tenth album, 2016’s “Hardwired… To Self Destruct.”

“The crowd at Etihad Stadium was in for an awesome, albeit soaking wet show,” says the band. “Catch this WorldWired gig where loud music and raw energy cut through the pouring rain.”

Metallica recently released a video of their home quarantine performance of “Blackened” the opening track to “…And Justice For All,” which earned them the first US Top 10 record selling of more than 8 million copies in the country alone.