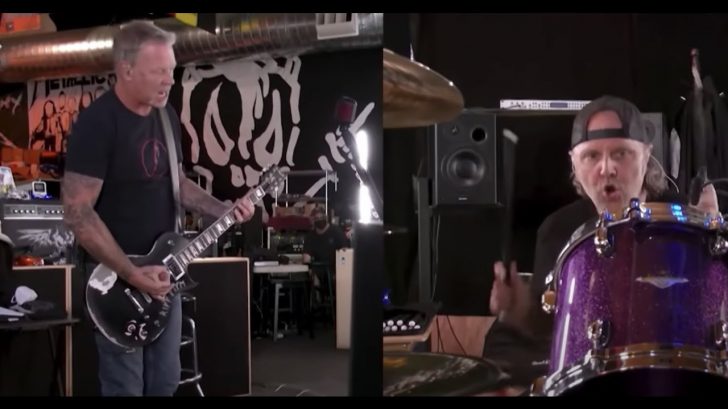 Metallica was in charge of the central number of the virtual event BlizzCon 2021, organized by the video game maker Blizzard Entertainment, on Friday, February 19. So far, nothing strange. Almost a routine for the group, which they have been doing for years.

The band headed by James Hetfield played some of their repertoires, but Twitch, the platform that broadcast the opening ceremony of the annual gaming convention, replaced the thunderous heavy metal with a generic instrumental sound that made California musicians look laughable.

Metallica began to play the chords of their classic For Whom the Bell Tolls, but within seconds the same song began to be heard in generic tones as if it were a version of functional music for elevators.

What happened? Twitch, an Amazon-owned platform that performs live broadcasts, made that decision to avoid infringing the Copyright Act. But the channel specializing in video games was the only one that broadcast BlizzCon that replaced music.

This sparked a stir on social media among Twitch users who were following the concert. Some got angry and others took it with humor. Many fans pointed out that the band used to be picky when it came to enforcing music copyright laws.

And they recalled the Napster lawsuit in 2000. That program allowed copying music over the network, searching the hard drives of computers connected to the system. The United States record industry and several music groups sued Napster for piracy.

Metallica was one of the bands that fought most hard against Napster. Initially, they asked the Justice to block the access of more than 300 thousand users to the free service, arguing that they had exchanged pirated copies of their music.