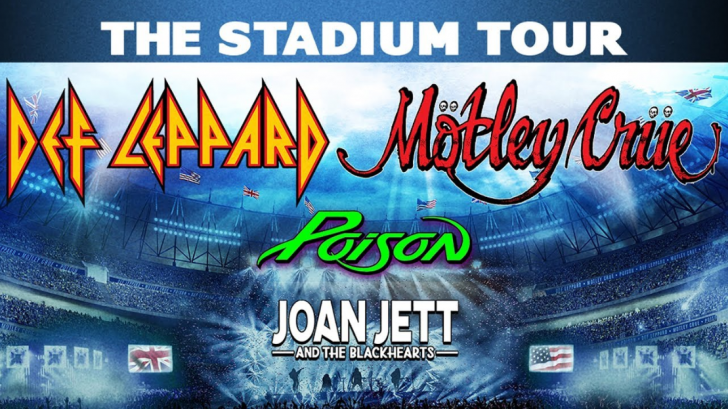 The Motley Crue/Def Leppard co-headlining tour will continue for months before kicking it off in San Antonio, TX on June 21.

According to Billboard, the series that features Poison and Joan Jett & The Blackhearts have already sold over one million tickets, and also generated $5 million from VIP seats.

“One band [Def Leppard] was inducted into the Rock And Roll Hall Of Fame and another [Motley Crue] has one of the biggest rock books ever that was turned into a film and the film was seen by tens of millions,” says Crue manager Allen Kovac. “We knew co-headlining would dramatically lift the ticket sales.”

The stadium tour sold over seven hundred tickets on its first weekend of sales that started in December earning gross box office receipts of more than $90 million.

“The word on the street was that fans were overly excited about this stadium tour even before it was announced,” says Joe Elliott of Def Leppard. “Well it’s out there now & it keeps getting bigger & bigger … this is going to be a MONSTER of a tour!”

“Little did we know that making The Dirt movie would lead us to this exciting new place touring stadiums with our friends in Def Leppard,” adds Motley Crue bassist Nikki Sixx. “We are beyond excited for this tour to begin.”