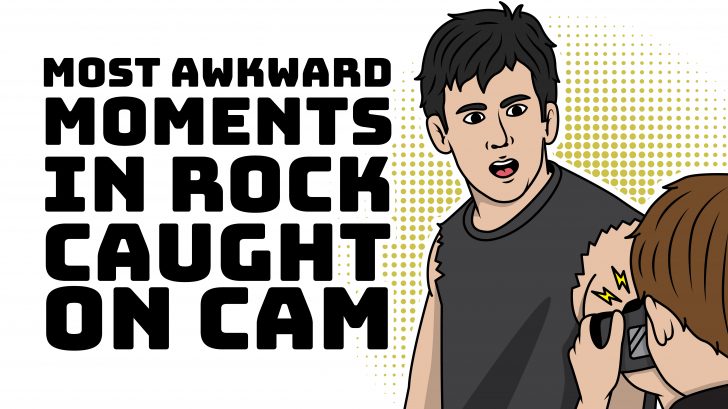 From nature playing tricks to stuff that’ll make you say “Why did he do that?”, there’s nothing more cringe-worthy than these unforgettable moments. Just watching them made us feel so uncomfortable. And the worst part is – they were all caught on camera which you know, makes everything difficult to deny. And so, some of these crazy antics were immortalized.

Now we’re giving you a heads up – it’s going to feel weird and deliciously awkward. And you may even want to look away at some point but then again, why should you?

We’re still not sure if they’re joking or not.

He said he did it out of boredom.

Pete Doherty getting annoyed at the constant mention of Kate Moss

He wasn’t having it.

Back when TV shows were as real as they can get.

Ronnie Wood throwing his drink at a drunk DJ

Why did he have a drink though?

When pigeons pooped on Kings of Leon

One of those shitty days.

Just Lou Reed being his usual self.

More embarrassing than awkward, when Krist Novoselic’s bass hit him on the head

He didn’t see that one coming.

Sid Vicious almost dozing off during an interview

He obviously didn’t want to be there.

She even admitted it that wasn’t her finest moment.