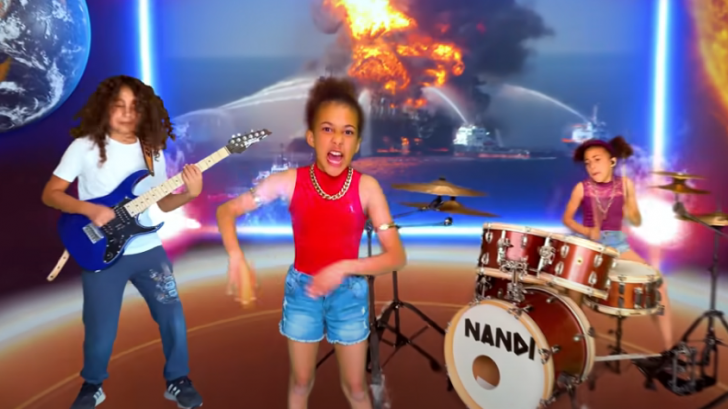 The Kids Are Rising Up

“I am so proud of myself and Roman Morello for writing our EPIC song with Tom Morello! We hope you love it and we really hope our song helps raise awareness for climate change,” “After learning about climate change at school I wanted to help make a difference. I wanted to write a song about how I felt about climate change and asked @Tom Morello and his son Roman Morello to collaborate with me. Once Roman and I had written the song we asked @JablinskiGames (Jack Black) and @Greta Thunberg if they would like to be in the music video! They loved our song and wanted to join us in raising awareness for climate change!”

The song tackles the different points about the climate crisis that our planet is experiencing and urges everyone to do their part to help. The new video also features personalities in the fight to save our planet like Jack Black, Greta Thundberg, and Tom Morello:

Watch and learn more about their mission on the new video below: