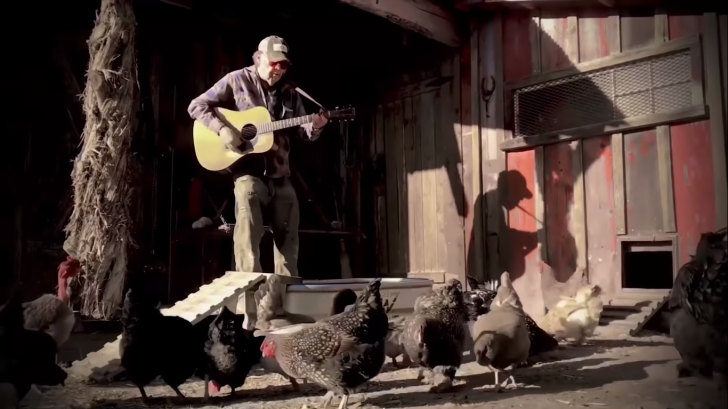 The legendary rocker gives an acoustic run through the track before a crowd of chickens on his property’s yard, where he has hosted a set of Fireside Sessions.

Young published “Homegrown” last June 19; which was recorded in 1974 and early 1975, the album highlights appearances by Levon Helm and Robbie Robertson of The Band and Emmylou Harris.

The record is made up of twelve Neil Young tunes, of which seven are previously unreleased – such as “Try,” “Separate Ways,” “Mexico,” “Kansas,” We Don’t Smoke It No More,” “Vacancy” and “Florida.”

Also added are the first recordings of “Homegrown,” “White Line,” and “Star Of Bethlehem” – another version of which would all later appear on other Young records, while “Love Is A Rose” and “Little Wing” have been previously released on the 1977 compilation, “Decade.”