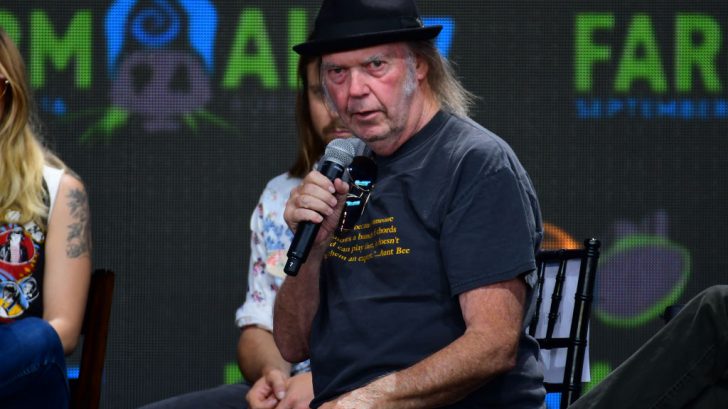 Neil Young, 77, is preparing for a new tour, but it appears that one of the band members will be absent. Young recently chatted with Rick Rubin about his earlier collaborations with Bruce Springsteen and how he had lost Nils Lofgren to the artist.

Since Neil uses a variety of instruments in his songs, each member of the band is crucial to his live performances. In response to Rubin’s inquiry about how Young and his band were able to perform these multi-instrumental pieces live, Neil quipped that he too was shocked that they were successful. Young then made mention of Nils Lofgren, who will be joining Bruce Springsteen on tour in place of Neil’s band. Neil was interested in seeing how this would play out without Lofgren.

“I would be [surprised] too. I would be,” said Young, emphasizing his desire to see all these multi-instrumental pieces performed live. He added, “But things move along and move on, you know, and Nils is part of the E Street Band. So, Bruce is probably going on a mega tour. So, Nils is gone, and Nils is like, ‘What? I can’t be in two places at once.’ because he was, you know, really into this.”

Although Lofgren expressed a desire to perform with them, his dedication to Bruce was reasonable. Neil kept going,

“I mean, we were all really into it. So, I actually feel for Nils a little bit because I know he wants to be here with us. But you know, he’s with Bruce, and Bruce’s been there for him for years and years, and that’s an old, old thing now.”

When Rubin questioned whether or not the two had collaborated prior to Bruce Springsteen and the musician, Young confirmed that they had. He revealed:

Rubin continued by pointing out that Young had forced Nils to play the piano despite his lack of experience. When discussing the amusing tale, Neil said,

“Yeah, well, he played accordion. So, I knew he could play piano. And I knew, you know, his music, he’s everything. I just didn’t want him to sound like he knew what he was doing, so sure of himself because that wouldn’t go with everybody else.”

Despite the fact that Young had collaborated with Nils Lofgren before to Bruce Springsteen, it appears that the guitarist recognized Nils’ devotion to E Street and recognized why he chose to travel with the band. It is good that Young respects and supports Lofgren.