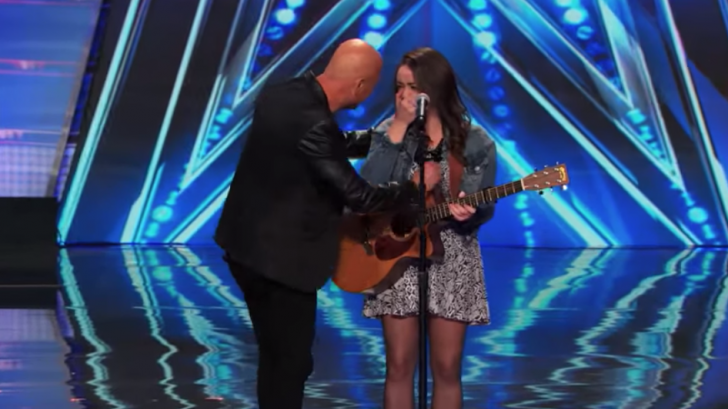 It’s Harder Than It Looks

Anna Clendening was 20 years old when she decided to take on the America’s Got Talent stage in 2014. It was a long and agonizing journey to get there. Anna had been bed ridden with anxiety and depression disorders prior to her performance. “It felt like my mind had given up on me. I didn’t see a future,” explains Anna. Her parents accompanied her to the show date with eager hearts. Anna’s mother and father explained how helpless they felt watching their daughter struggle.

With lots of tenacity and perseverance Anna made it out of a dark cloud. She explains that music was her therapy and that singing ultimately saved her life. The singer was still nervous to approach the judges but she was graceful under pressure.

America’s Got Talent host, Nick Cannon, consoled Anna as she anxiously prepared herself to perform.

“You got this. If anything goes wrong, look to me. I got you.”

The Girl Can Sing Though

Despite the seemingly impossible journey that Anna Clendening had to struggle through, she made it to her performance. “I didn’t want to face the world. Now I’m facing thousands of people,” says the singer regarding her approach to the stage.

Judge, Howie Mandel, supports Anna with some heart-warming words, “There isn’t anybody alive who at some point needs some help coping… just play and pretend like you’re alone in your room and nobody’s watching. We love ya.”

She begins “Hallelujah” a little shaky- strumming the guitar slowly as her vocals begin to rise.  Ultimately, she ends the song with a soulful melody before bursting into tears. The entire audience roars into an applause. Anna graciously accepts the accolades as she cries. Even the judges love the rendition. Judge Howard Stern explains how emotional he felt watching her sing. Anna gets an all around “yes” from the judges!

“You’re the first singer to come out and give me chills,” Howard Stern tells her.