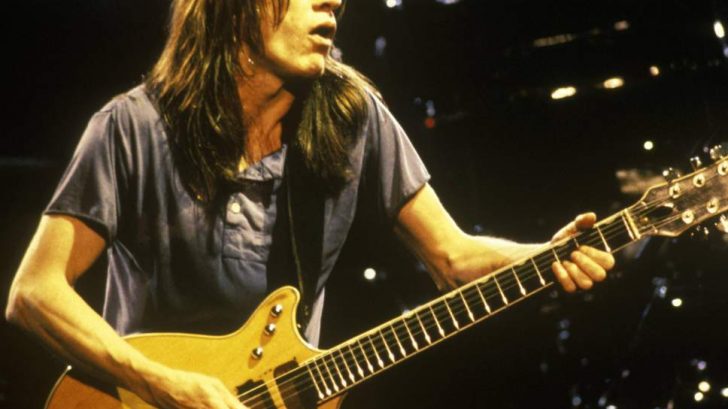 The guitarist favoured a raucous approach to music ( Getty )

This Is Going To Be LIT!

There’s been a report lurking around that a “reliable source inside the AC/DC camp” has confirmed that the unreleased guitar parts from Malcolm Young will be used for AC/DC’s rumored new album. Reports came from music & entertainment magazine “Jam,” and alleges that the new album will be dedicated to Malcolm.

The late Malcolm Young, AC/DC’s former rhythm guitarist, and co-founder died on November 18, 2017, at the age of 64, due to Dementia. A statement posted on AC/DC’s website saying that Malcolm “passed away peacefully with his family by his bedside.”

Jam reports Malcolm had previously recorded several songs with his brother Angus last 2003 when they have lived together to record Stiff Upper Lip and Black Ice albums. Phil Rudd, Cliff Williams, and Brian Johnson were also rumored to be joining the band for the next album.

Last month, there have been reports and rumors circulating that AC/DC and the gang (excluding Axl Rose) are getting back together in the studio to record a new album. Photos surfaced of vocalist Brian Johnson and drummer Phil Rudd together outside Vancouver’s Warehouse Studios, where their last three albums were recorded.

AC/DC SCOOP!We are hearing from a reliable source inside the AC/DC camp that Angus Young is working on a new AC/DC…