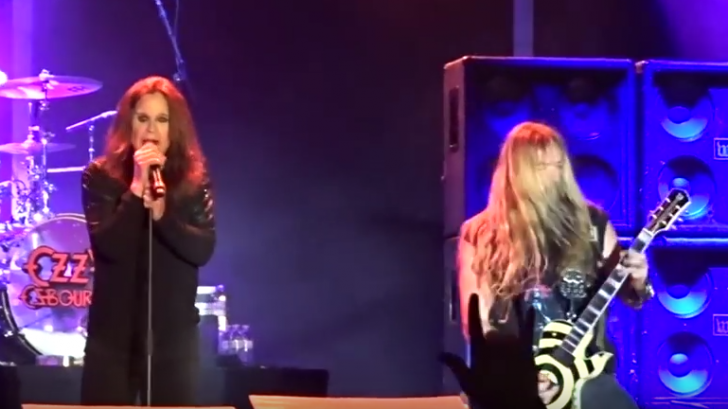 Awww. This is so nice!

Canadian Josh Cook of St. John’s, Newfoundland went out of his car to make a pizza delivery in an apartment complex during a snowstorm when thieves stole his car with his entire music collection inside. The following night, the vehicle was returned to the same spot it was taken but it was already damaged beyond repair and his CDs were all missing except for a copy of an early stuff from Zakk Wylde called “Pride and Glory”.

Wylde’s son heard about the incident and a few days later, someone delivered a box full of Black Label Society items to Cook’s home. Next came another box containing a complete discography of Ozzy Osbourne, a signed photo and some t-shirts. While Wylde and Osbourne didn’t comment on the matter, Cook was incredible touched.

“These guys, they don’t know who I am, but they set me up with all this stuff. It’s amazing.” – Josh Cook”

See? Even heavy metal musicians have big hearts too!