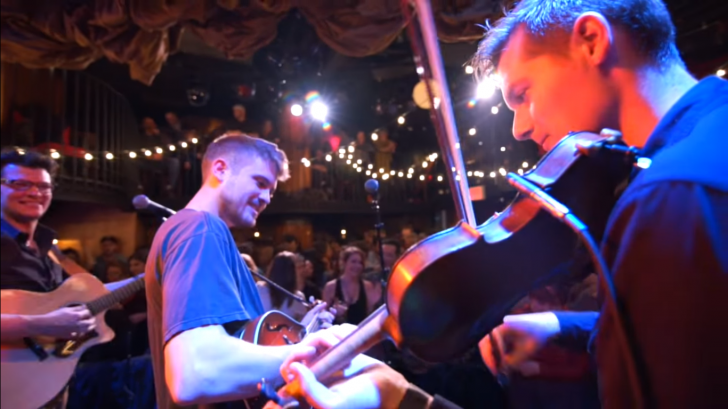 Today we go with an emblematic song by the legendary singer Ozzy Osbourne. A melody with magnificent lyrics in which hatred is called into question, as the evil of the world. A characteristic riff that is engraved in our memories. It belongs to the 1980 album Blizzard Of Ozz, and it is a song that is in full swing of heavy metal at that time, but, of course, not today. We’re gonna present you a new take on Ozzy’s classic Crazy Train in Bluegrass style.

It’s the lemon pear! We all have the Crazy train inserted in our brain.

Although Blizzard of Ozz is the album par excellence in this artist’s lonely career, going with logic it is worth saying that some of the most professional, popular, and best Ozzy songs are found here, such is the case as ” Crazy Train “where we hear two different alternate riffs.

Ozzy’s most anticipated album after he was fired from Black Sabbath a year and a half earlier. Previously the work and its future publication were already planned but Ozzy left the project to focus again on Sabbath. And, of course, we picked it up again, bringing musicians called the Tacoma Narrows Band performing at the Rockwood Music Hall to delight the ears of thousands with their cover of Crazy Train in Bluegrass style.