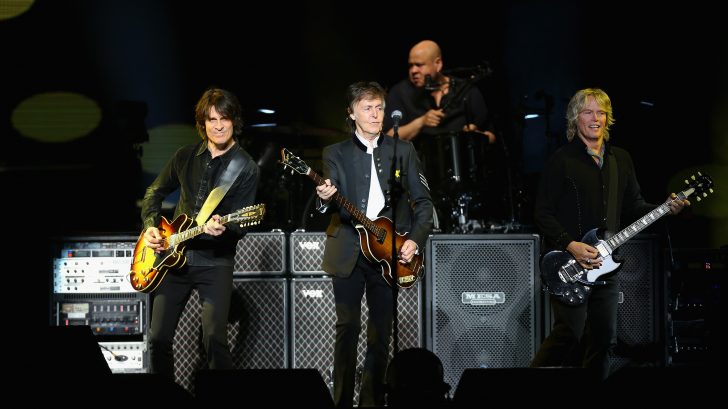 The Most Anticipated Album Of The Year Is Near!

The year is just starting and already some good news. Paul McCartney reports that he’s already on the brink of putting the “finishing touches” on his new studio album.

Almost a year ago, the former member of the Beatles reported in that he was in the works of a new album with Adele and Foo Fighters producer Greg Kurstin. It will be his first solo release since 2013’s “NEW”.

When asked about his plans for 2018, he answered:

“I’ll probably be putting out a new album. So, I’d like that to be something I really love and then hopefully the fans will love it too!”

The fans expectations are running high for the yet unnamed project. It seems apparent that it will include a song about President Donald Trump.

“We’re putting the finishing touches on it now. So, I would like to achieve making that a really great album. Fingers crossed! That’s not what it’s called, but fingers crossed! It could be… it could be the new album title!”

A year ago, “Flowers in the Dirt” reissue was released, it featured his work with Elvis Costello from 1989.