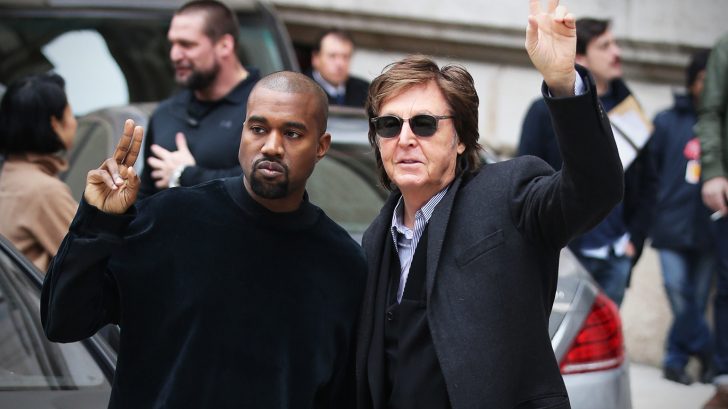 Remember back in June when Blur frontman Damon Albarn slammed rapper Kanye West for being “like all people who feed off other people” and not treating Paul McCartney the way he deserved? Well, here’s a recap of what he actually said in an interview with French Magazine Nouvel Obs:

“Don’t get me started on Kanye West. I’ve got a problem with that abusive collaboration. Kanye West trapped Paul McCartney.”

He even went so far as send a text message to the former Beatle.

“Before the collaboration, I sent Paul a text, [saying] “be careful”, because I personally felt that it was not an equal relationship… I just felt that Kanye was abusive. But you know, he [McCartney] didn’t pay any attention to it. He is Paul McCartney, after all. And Kanye West is Kanye West. Kanye West is all about Kanye West.”

Say whatever you want about Kanye. I know he acts like a douche most the time, and I’m not a fan of ‘autotune’, but he never ceases to surprise me. Always taking risks and breaking boundaries. #onlyone #paulmccartneykanyewest #kanyewestpaulmccartney

It may have taken a while but Paul McCartney recently shared his thoughts on what Damon Albarn said. In an interview with GQ magazine, Paul said that it didn’t exactly bother him.

“I love the respect someone like Damon is attributing to me, but I’m not that fussed.

“If I want to go somewhere else from where I normally go or where I’m expected to go, I’ll go. And if I enjoy it, that’s enough for me. The great thing is, all sorts of hysterical things come out of it. I mean, there’s a lot of people think Kanye discovered me. And that’s not a joke.”

And Damon was right when he claimed that Paul ignored his warning. Paul said he might have received the message but he doesn’t remember it. If he did, he still “wouldn’t listen to him.” It’s nothing personal though because Paul also mentioned, “I don’t listen to people.”

Interestingly, when Kanye West learned that Paul was recording a new album, he offered to produce it but was politely turned down.

“I kind of knew what direction I wanted to go in. And I knew that would be very different from where Kanye would go with it.” – Paul McCartney

So there you have it, all is well… at least on Paul’s side.