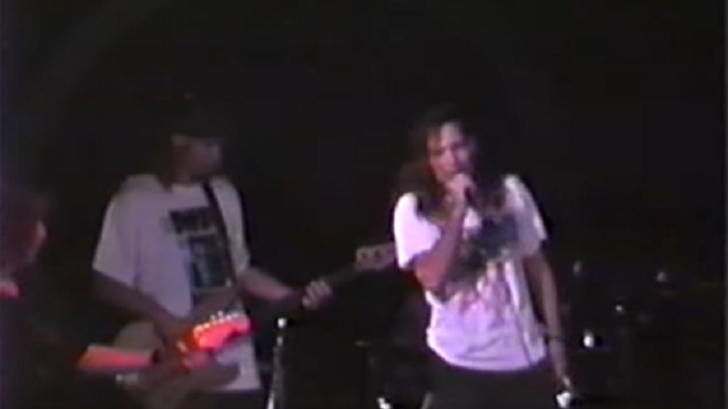 Pearl Jam dropped their debut studio album “Ten” on August 27, 1991. But before that, few people knew of their existence. And on October 22, 1990, they played their first gig ever at the Off Ramp Cafe in Seattle. Back then, they probably had no idea just how big they would become.

Lucky for all of us, even though not everyone had smartphones and cameras at the time, someone still miraculously managed to record the event.

“I can listen to the early records [except] the first record…it’s just the sound of the record. It was kind of mixed in a way that was…it was kind of produced.” – Eddie Vedder

They’ve only been together for a few days but they might as well have been performing as a band for a year. Yes, that’s how solid the performance was. And the audience didn’t realize it yet but they were surely one fortunate crowd especially since “Black” eventually became a classic.