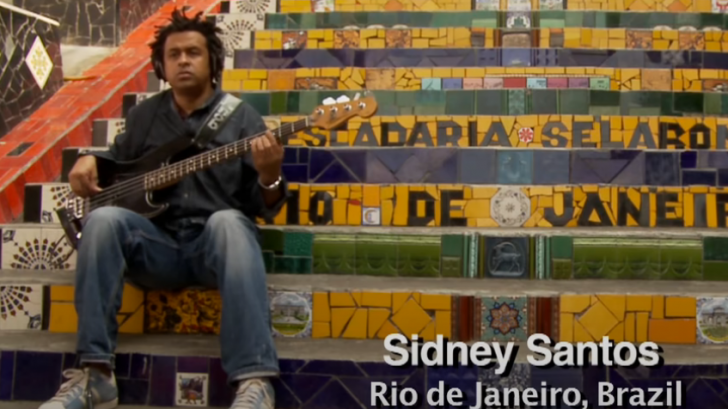 Mick Jagger seeks refuge in a violent, apocalyptic scenario, with murders, rapes… in “Gimme Shelter” (1969), a rock song based on boogie-blues produced by Jimmy Miller and written by Jagger, who also plays the harmonica, and Keith Richards for the Rolling Stones LP “Let It Bleed” which features vocals from soul and gospel singer Merry Clayton, Nicky Hopkins on piano and producer Miller on guiro.

“Gimme Shelter” is one of the most covered songs of the Rolling Stones. In 1983, the post-punk and gothic group The Sisters Of Mercy adapted the theme to accompany the single “Temple Of Love”.

In the video below, a collaboration of musicians around the world did a cover of the song, and it’s stunningly beautiful. The video also features the magnificent Taj Mahal, the monument located in Uttar Pradesh, India.

The project was called, Playing For Change – in the caption, the PFC is a movement to inspire and connect to the world by using music as the medium, “born from the shared belief that music has the power to break down boundaries and overcome distances between people.”