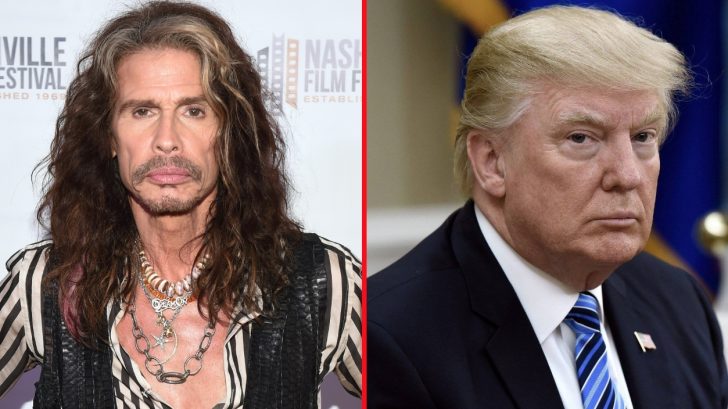 In case you missed it, President Trump held a rally last night in Charleston, West Virginia and during that rally, the he had Aerosmith’s hit song “Livin’ On The Edge” playing over the PA.

The scene in WV before Trump’s rally. Aerosmith’s “Livin’ on the edge” playing. pic.twitter.com/HW1qr9TBgE

As it turns out, the he didn’t have permission to use this song. What’s even more is that Steven Tyler is taking legal action!

Tyler has just sent a C&D notice (cease-and-desist) to the President for using the song without permission.

The notice accuses the President of “falsely implying that our client … endorses his campaign and/or his presidency, as evidenced by actual confusion seen from the reactions of our client’s fans all over social media.” – Variety

This actually isn’t even the first time that the President has used a classic rock song without permission from the band. Just last year, President Trump used the song “You Can’t Always Get What You Want” for his rally in Phoenix, Arizona. The Rolling Stones didn’t send a C&D, but they did express that they were NOT okay with the use of their song.

We have yet to hear a response from The White House regarding this matter, but the President had a calm and collected response to The Rolling Stones, so it’s safe to assume that he’ll have the same kind of response to Aerosmith, but time will tell.