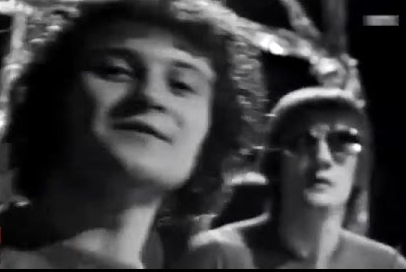 Spearheaded by Peter Green in the late 1960s – a rare performance of Fleetwood Mac surfaced. The group performed on Norwegian TV recorded in Oslo in 1968.

In the footage below, the group played ‘My Heart Beat Like a Hammer’ and ‘Shake Your Moneymaker.’

Fleetwood Mac the British rock group, formed in 1967, when guitarist and songwriter Peter Green and bassist John McVie left John Mayall’s Bluesbreaker to form their own group. The line-up was completed with vocalist and guitarist Jeremy Spencer and drummer Mick Fleetwood.

In late 1968, Peter Green introduced his protégé, young guitarist Danny Kirwan, to the group. Fleetwood Mac became thus, the only band with three guitarists, being able to create and play their own repertoire. They were among Britain’s biggest hits, although they still failed to reach the North American market. One of their best performance was the one in the video below, where Danny Kirwan, Jeremy Spencer, and Peter Green enjoying themselves with good ole blues.