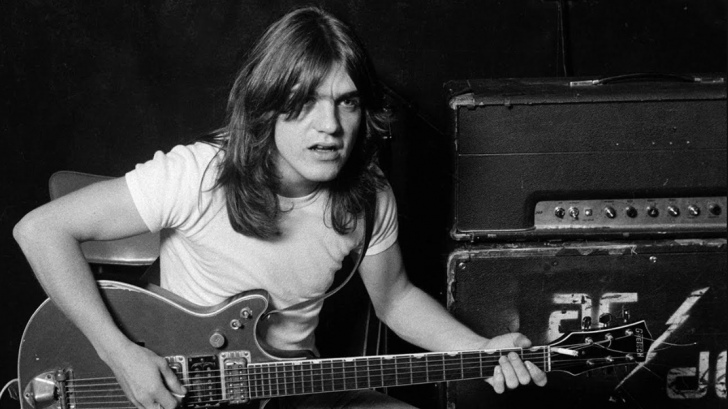 Before the Young Brothers would drive us to Highway to Hell, Marcus, and Angus joined their brother George Young and guitarist Harry Vanda for a short while with their group THE MARCUS HOOK ROLL BAND.

And if your wondering who was Marcus Hook, there was no such person — nor did their name originated from Marcus Hook in Pennsylvania. The talented brother George and his fellow musicians only existed via studio as a band. The group managed to release three singles and one album in the early ’70s.

THE MARCUS HOOK ROLL BAND never played any live shows nor traveled the world. They didn’t even promote their records, and never did find the success they certainly deserved. However, if the band had left the studio, AC/DC would have never existed to take over and electrify the world of rock ‘n’ roll.

“We had Harry, myself and my kid brothers, Malcolm and Angus. We all got rotten, except for Angus, who was too young, and we spent a month in there boozing it up every night. That was the first thing Malcolm and Angus did before AC/DC. We didn’t take it very seriously so we thought we’d include them to give them an idea of what recording was all about.”

In THE MARCUS HOOK ROLL BAND, Malcolm used to play the lead parts of their tracks, and one sweet solo he did was with the track “Silver Shoes & Strawberry Wine” resulting in a true classic rock ‘gem.’