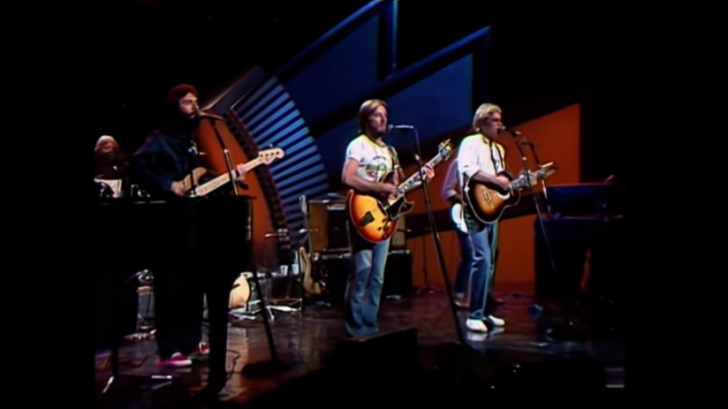 Formed in the late 1960s in England, whose original members were Gerry Beckley, Dewey Bunnell, and Dan Peek. The band was very popular from the early 1970s to the early 1980s. Soft-rock and melodic folk-rock trio with sonic similarities to Crosby, Stills, Nash & Young.

Children of American military personnel based on English bases, the founding members of America met as teenagers at West Ruislip Air Force Base. In 1969, they formed the group and began to compose their own songs, taking as a reference the great North American folk groups.

The band’s musical style is notable for a mix of country rock and folk rock, including elements of 1970s British pop-rock introduced by George Martin (known as “The Fifth Beatle”) and Geoff Emerick.

America debuted in 1971 with a self-titled studio work that reached number one on the North American Billboard 200 chart. The project was certified platinum in the United States and the United Kingdom.

In “Hearts” (1975), another record produced by Martin, they included the single “Sister Golden Hair”, a song that took them back to number 1 in a single format.

The works, as a whole, were inferior to their first two LPs but singles like the aforementioned “Sister Golden Hair” continued to keep America among the most successful groups within the soft-rock genre.

Keep going for the video below and watch America perform “Sister Golden Hair’ live in 1975: