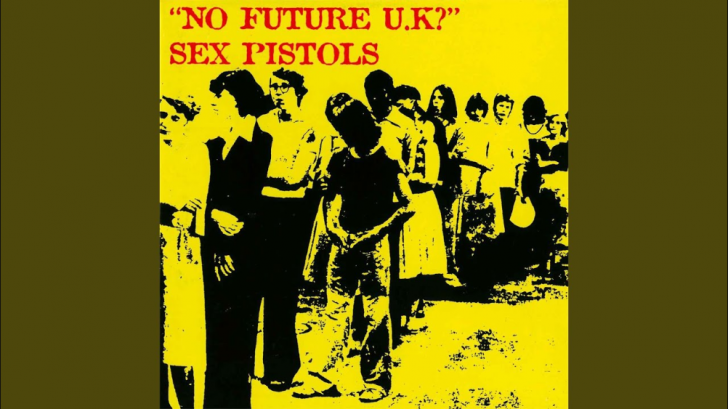 The fourth album of which many call “the American Black Sabbath”, Agents of Fortune, included what would be his greatest success in charts (at least in its edited version of fewer than four minutes), a song of eternal love that more than one has interpreted over the years as a suicide story because of the references to Romeo and Juliet.

There are no explanations or presentations when we talk about The Who, but even more if we talk about de Won’t Get Fooled Again ’, an emblematic song that many people will recognize even if the title and / or who plays it is not known.

The verses above were written by Ronnie Van Zant for ‘Sweet Home Alabama’ in 1974, several years after Neil Young published both ‘Southern Man’ and ‘Alabama’, explicit references to the southern United States, to segregation and slavery.

Alice Cooper always appears in the background when taking stock of the seventies. And there is some injustice in it. Songs like ‘School’s Out’, which was his first big hit, credit him as a more than solvent composer halfway between the pompous exuberance of Glam Rock and the roughness of Hard Rock. In a more positive way, in favor of the fervor that every child feels the minutes before the end of the year and the early summer. Just from that? Equally valid as a metaphor for the child’s absolute freedom from the requirements of the school.

Far from the British celebrity character in whom he has always moved like a charm, Elton John enjoys a great artistic reputation, especially thanks to his work in the 1970s. Goodbye Yellow Brick Road (MCA) is today one of his most notorious hits, and in it takes on superlative importance ‘Funeral For a Friend / Love Lies Bleeding’, the double opening song of more than ten minutes whose first half it is quite a Progressive Rock exercise at the height of the great names of the time. Recorded like the rest of the album at the Château d’Hérouville, ‘Funeral For a Friend / Love Lies Bleeding’ continues in its second half in the most recognizable and equally inspired tone of Elton John.

Although we owe the many times the artificial presence of the saxophone in the world of rock to the relationship between Bruce Springsteen and the now-disappeared Clarence Clemons, it is foolish to deny the imprint and the importance that a record like Born to Run (Columbia, 1975) has in the history of popular music. Not only because he made Bruce Springsteen the Boss, but also because he brought back to reality a Rock that was more aware of myths and legends then than of a daily life on which he leaned on his first steps. The first success of Bruce Springsteen was a slap in the face of a sleepy world, who knows whether the drugs or those tours that were already moving millions of dollars back then.

4. Sex Pistols — Anarchy in The UK

With the necessary perspective, Sex Pistols look like nothing more than a group of jesters hell bent on showing the world that they are the funniest, most dangerous, and most entertaining at court.

It is worth emphasizing, given that the group is frequently accused of having sold out over the years, neglecting songs as punk and politically consistent as ‘White Riot’. This is 1977: fast time, simple guitars, political proclamations and a look to the bottom of society. There was nothing better than them.

The seventies gave us a few memorable guitar solos, but few are able to overshadow ‘Free Bird’, the great ballad from Lynyrd Skynyrd’s debut album. A lot can be said for and against a band determined to represent without any complex all the southern essence of North America, but when faced with issues like this one can only forget prejudice and get carried away.

It becomes difficult to speak of definitive moments when we face a career like that embodied by David Bowie, an artist who fled from the stable epithet mutating to leave behind scribes. The Glam stage, its games with the Soul, the Berlin trilogy, all are schemes of brilliance that marked an unbearable rhythm for the platoon that followed, transforming with each kidney blow, setting trends that would be influential then and long after.