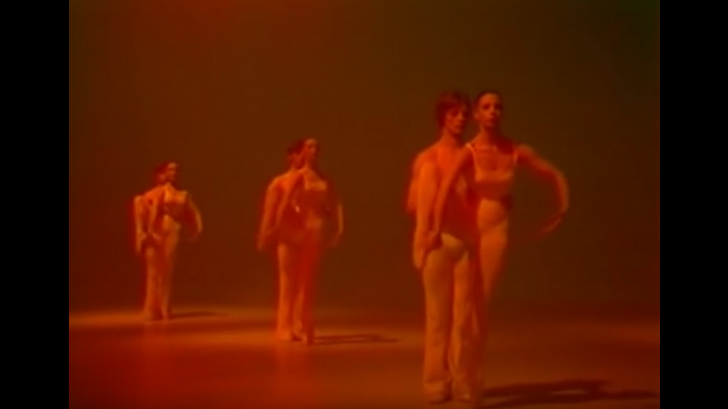 We’ll go ahead and say it – Pink Floyd is probably the last band we can think of if someone asked us to name any rock group to collaborate with the French ballet. Then again, Pink Floyd has always pushed boundaries, challenged conventions, and they didn’t allow themselves to be confined by rules.

So in 1972 and 1973, they performed a series of shows with Roland Petit’s ballet company at the Palais des Sports de la Porte de Versailles in Paris.

“The idea is Roland Petit’s and I think he is settled on the ideas he wants to use for the thing so I think we’re going to get started. Ballet is a little like film actually. The more information you have to start with, the easier it becomes to write. The difficulty about doing albums is that you are so totally open.” – Nick Mason

But it’s not Roland Petit’s original idea, it was his daughter’s who was then 10 years old when she gave her dad a Pink Floyd album and enthusiastically said:

“Dad, you have to make a ballet with this music. It’s the best!”

Of course that collaboration was unheard of and highly unusual and Petit had some reservations. But he added:

“At first I was hesitant, but when I heard the music, I agreed with my daughter. So, I went to England and met with Pink Floyd in person. I told them about my idea of making a ballet with their music and asked if they would agree. They were so enthusiastic about the idea that they even offered to play live at the world premiere!”

No one really knows why it didn’t exactly ‘click’ with fans. But it was proof that Pink Floyd never shied away from anything unfamiliar. All the hard work didn’t pay off though since among all their ventures, this is one of those which weren’t successful.