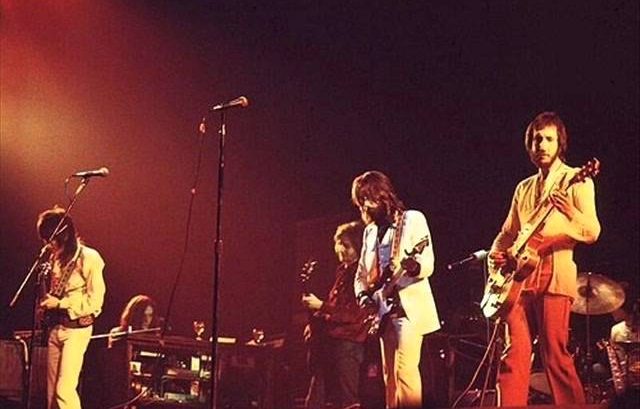 Skipping the period that includes Clapton’s adventure with Cream, his first action after the traumatic end of the trio was to form another supergroup with Steve Winwood, Blind Faith, who after recording a brilliant self-titled album disbanded. After so much pressure on his back, he decided to take a break by adopting a secondary role and without any publicity in the formation of Delaney & Bonnie and Friends, just what we can hear on this album, during one of the tours of this beloved duo that brought together people as diverse in their performances as George Harrison, Duane, and Gregg Allman, Jim Gordon, Carl Radle or Bobby Keys. The Allman Brothers are not here, but the rest of the aforementioned are, who would participate shortly after in Clapton’s solo debut album (including Delaney & Bonnie themselves) and in his next Derek and the Dominos project.

The medley ‘Poor Elijah – Tribute to Johnson’ also present recognizable melodies and can be enjoyed possessing a very catchy rhythmic melody where it returns to shine Clapton, who is the undisputed star of the performances.

Clapton and friends made a medley of songs by Little Richard that is nothing more than a culmination in the form of fun for some friends (which is what all of them really were). have a good time together and with the public. And it is that this live album does not present much greater interest than that of following Clapton’s evolution in a more discreet position than he had held since his beginnings in the Yardbirds.

In one of those great examples of what friendship means, after two years of musical defenestration due to Clapton’s strong drug addiction, Pete Townshend got his friend to take an interest in music again and it materialized in this concert of the Rainbow Theater in London.

The existence of great compositions and brilliant instrumental performances cannot be denied in this performance, even though there are no such colorful themes as ‘Layla’ could have been at the time.

The great success of the album (Slowhand) was undoubtedly his version of ‘Cocaine’ by the great J.J. Cale, very faithful to the original in all respects although increasing his impact through the brilliant solos in this live performance.