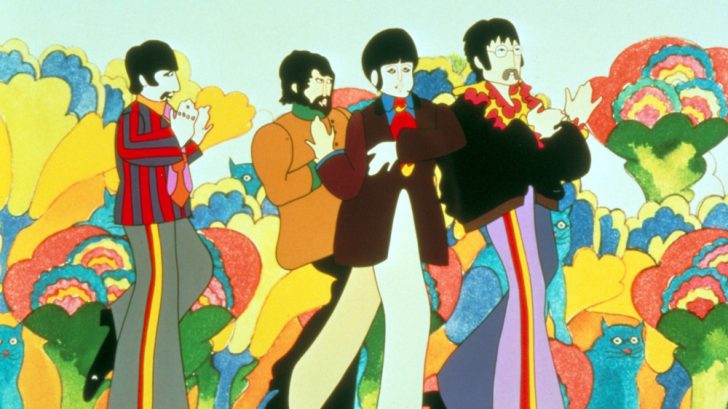 The Beatles classic 1968 animated film “Yellow Submarine” is about to get a re-release in theaters across the United States, in celebration of its 50th Anniversary. This film would probably be the closest thing we’ll ever get to a Beatles reunion, so get your tickets now and don’t miss it out.

The film was released in 1968, and it was one of the “topnotch art experimentation,” mixing it up with surreal animation and Beatles songs.

Abramorama, Apple Corps Ltd., and Universal Music Group the three big companies will be teaming up to make this classic animated film a theatrical re-release happen for its 50th anniversary. The film is set to be in a 4k digital resolution restoration, and it will be done by Triage Motion Pictures Services, while Universal Music Group’s Abbey Road Studios will do some editing and remixing with the film’s songs and put it in a 5.1 stereo surround sound. And the hand-drawn animation has been restored by hand frame by frame, and it’s the best thing ever.

Richard Abramowitz, CEO of Abramorama said of the re-release:

“We’re thrilled to have the privilege of bringing ‘Yellow Submarine’ back to the big screen so that 3 generations of happy Beatles fans can enjoy the ground-breaking animation and classic tunes and that have long been part of our collective cultural DNA.”

The theatrical re-release details below,

“IN CINEMAS ACROSS THE UK AND IRELAND SUNDAY 8 JULY TICKETS ON SALE FROM 17 APRIL.”

Check out the “Yellow Submarine” Re-release Trailer in the video below.