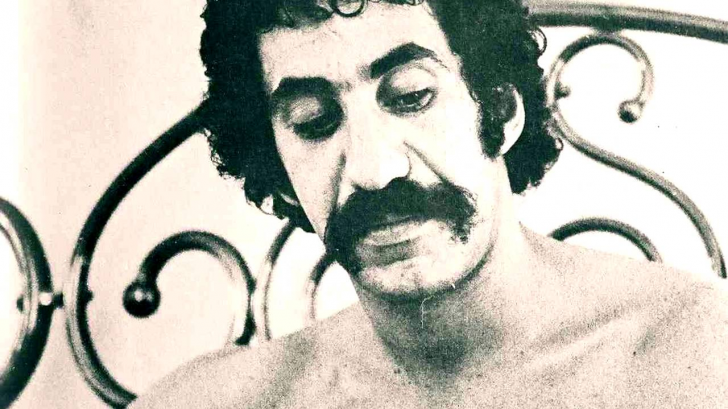 One Of The Best Songwriters Of His Era Along With Dylan And Young!

Jim Croce, not just a good songwriter, but a great singer too, and was notably known by his song “Leroy Brown” which happens to be a fan favorite.

His album “I Got A Name” has several great tracks on it, he showcased his great voice – and a testament that we lost Jim Croce too early, he would have probably made many great albums. If it weren’t for this album, we would have easily forgotten about him, because it all happened so fast – his career was a “blink of an eye.”

Jim Croce career may have been cut short too early but he did quite release some great songs such as: “Workin’ At The Car Wash Blues,” “Lover’s Cross,” “I’ll Have To Say I Love You In A Song,” “The Hard Way Every Time,” and “I Got A Name.” These songs were all essentials from his album “I Got A Name” which he had released in 1973.

And for someone who lived a short time, he understood how the world works, and his words are still very relevant to date.

He would have been 76 today – his songs though are immortal – and indeed had a lot to offer to the music world. And the song below is a good tribute for the Car Detailers in the world, showing his appreciation:

Most of his music were so simple and yet delivers a beautiful message about everything, it had no effects, no truckloads of pyrotechnics, his guitar was more than enough to showcase his raw talent and he showed it with this song:

And “‘ll Have To Say I Love You In A Song” is one his unforgettable tracks from the album.

Jim Croce remains are buried at Haym Solomon Memorial Park in Malvern, Pennsylvania, and though he may have written this song – it’s one of the great songs for the loved ones we have lost, including him.

Hoping someday, they would make a biopic movie out of him, from greatness to the tragic end. He’s a one in a million artist/musician.