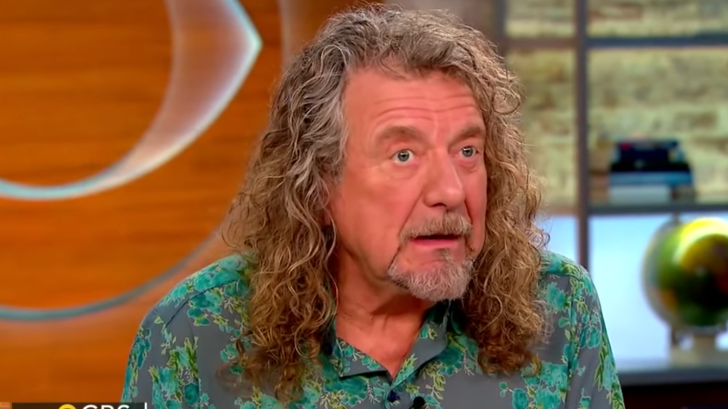 Robert Plant hailed the 2007 Led Zeppelin reunion show at London’s O2 Arena as a unique and extraordinary occasion. The generous offers would have persuaded the majority of people, but Plant refused, and Pink Floyd had a big influence on his choice.

Plant declined to take part in a new tour with Led Zeppelin, regardless of the financial incentives offered. He believed that the band’s final performance at the O2 was the right way for them to end their career in memory of Ahmet Ertegun, the person who founded Atlantic Records. While the rest of the band disagreed with him and wanted to finish the performance, he had different goals.

Even though the performance was a smashing success, Plant was disappointed afterward and chose to drink quietly by himself rather than partake in the after-party. Later, in 2012, he told Mojo:

“I ended up in the Marathon pub in Camden, drank four bottles of Keo lager and half a bottle of vodka, then went to bed. Because I had to get away from it. I’d done it. I had to go. It was too heavy. Beautiful, but talk about examining your own mortality! Crazy.”

Due to the high demand, over a million individuals attempted to get tickets for the concert at a 20,000-capacity arena. Zeppelin reportedly received an astonishing $800 million offer to tour the show abroad as a consequence, but Plant reportedly turned it down.

With their legendary performance at Live 8, Pink Floyd, in his opinion, perfected the art of the reunion. Most importantly, they weren’t getting back together for financial gain; rather, they were raising awareness of a cause greater than themselves by raising their visibility.

“I liked what Floyd at Live 8 — a quick one-off and let’s leave it at that. They did it for a good cause. It’s was the same when Zeppelin did the charity show for Ahmet. We had a prolonged affinity with Ahmet, so if there was ever a reason for [a reunion] to happen, that was it. But the idea of doing it next summer and the summer after that and so on is enough to break me out in hives.”

Pink Floyd put their personal feud behind them for their reunion performance in Hyde Park and dominated the stage. It was bittersweet because it was also their last performance with founding member Richard Wright, who passed away soon after.

Zeppelin and Pink Floyd have both received numerous requests to perform in stadiums since their breaks, but they are both keenly aware that doing so may diminish their legacy, which they love more than money. Plant believes that the band ended on a high note, and he is more satisfied to perform in theaters alone than in stadiums with Zeppelin. Since the conclusion of the Led Zeppelin saga on December 10th, 2007, Plant has moved on from his past life.