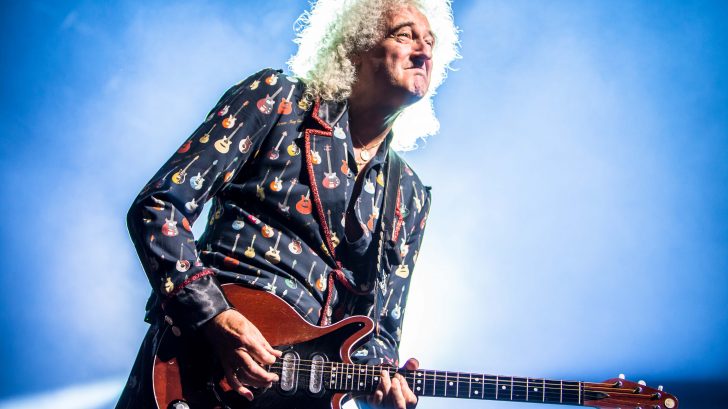 The word “master” is often used to define talented musicians who have mastered their artistic endeavors to perfection. However, a musician can seldom be defined with that qualifier and that is also due to his academic merits in the field of teaching. Here we introduce you to some musicians with whom we would surely have gone to school with pleasure if they had been our teachers in the classrooms.

Perhaps the most famous of Rock teachers, Mr. Brian May before he was a Queen guitarist, was a true fan of mathematics, a subject he studied to graduate in physics. As part of his education, he began teaching math classes in one of Brixton’s poorer neighborhoods, which represented a challenge as it was difficult for children and young people in school to pay attention. Fortunately, Brian was almost their age and understood how to make the class more interesting and fun by speaking and explaining in a language they could identify with. unfortunately, once things did not go as expected, when to do an exercise with second graders he gave them colored paper and scissors to cut out figures, soon all the children were attacking each other with scissors and everything was full of blood. Apart from being a physicist, the man specialized in astrophysics, a matter of which he obtained a doctorate from the Imperial College of London. He has given many lectures on different specialties of the subject, published books, theses, and articles in different publications. He has a position as a permanent teacher at the aforementioned college and although he does not teach regularly, he has done so sporadically for an entire generation that now has their diploma signed by Brian May.

Many years before Chaim Witz decided to change his name, put on makeup, and become a famous rock star with KISS, among many other jobs, he was once a sixth-grade teacher at a Harlem school. Although he did not spend much time teaching when his superiors fired him when they discovered that instead of having students read Shakespeare, teacher Simmons brought them Spiderman comics which they were more willing to read.

The former R.E.M. is a respected art history teacher in the Steinhardt Department of “Art and Art Professions” at New York University, whose classes are further intended to hold exhibitions of his students’ work. Stipe himself studied arts at the University of Georgia, although he never graduated.

Before he became the big star in charge of The Police, Mr. Gordon Sumner was a teacher of English, music, and soccer at the school of the convent of St. Catherine in London, where he says he was the only man in the world. The convent, in fact, was the only teacher who did not wear a habit.

Lest they say the Punks are bum anarchists, Bad Religion singer Greg Graffin has two degrees in anthropology and a master’s in geology from Cornell University, as well as a doctorate in zoology from the same university. He regularly teaches science and paleontology at UCLA in Los Angeles during the summer and winter.

Since 1992, the gigantic ex-bassist of Nirvana has been very involved in political issues, fighting to repeal laws that he considers unjust, with the formation of committees of all kinds. Today he is an elected deputy for the Democratic Party, and although he does not formally teach, he does tour the country’s schools to involve young people in politics and talk to them about the importance of voting and democracy.

Keith Richards’ fake brother at the Rolling Stones is a passionate painter who has had exhibitions around the world. That is why he has been able to give classes to select groups of students when the time of the tours and recordings allows it, and in most cases, he does it to raise money and donate it to some cause that has to do with the teaching of the arts.

Paul Simon’s compadre, with whom he formed a famous folk duet in the 1960s, was a true prodigy for mathematics. Garfunkel earned a Ph.D. in the subject and has been teaching at Litchfield High School, Connecticut. However, the students were left without a teacher when the song “Bridge Over Troubled Water” reached number one on the charts.

He took a Journalism course in 1967 and started working for a local newspaper in Leeds, where he wrote about music. Meanwhile, he studied English Philology, and for a time he worked as a teacher, until he moved to London and formed Dire Straits.

This man, the epitome of elegance and sophistication in the 80s at the head of Roxy Music, studied Fine Arts at Newcastle University. However, he later became part of the teaching staff by teaching ceramics at Holland Park School in London. Surely many or many imagined living a scene like the one in the movie Ghost with Bryan Ferry.