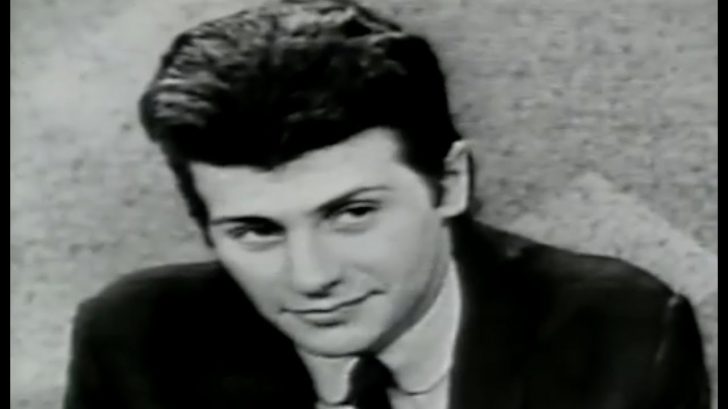 Bands are like a marriage: there are always ups and downs between its members and sometimes it is better to cut to the chase so that everyone finds their way. These musicians received their unexpected “farewell letter”, and went downhill after getting fired.

Pete Best was the Beatles’ drummer until August 1962 when he was replaced by Ringo Starr. Then came the successes of the group from Liverpool, world fame, Beatlemania, the records. And also the fame, the privileges, the millions, the women, the professional triumphs. A wave of anger went through him, but his pride told him that he should appear to understand the situation, that he accepted it. As he got up from his chair, Epstein asked him one last question: “Do we have two dates these days? Can you cover them? They would be the last.” Best rejected Epstein’s offer, because he told him that he was going to create a new group around him but did not achieve any success. Pete Best has been through it all. Now he is 79 years old and lives peacefully.

Brian Jones founded the Rolling Stones. He gave them the name, he brought his talents as a brilliant multi-instrumentalist, both in recording sessions and in concert. On June 8, 1969, after seven years in the group, his companions kindly told him that they no longer counted on him. As Keith Richars recalls, “it was kind of like, ‘Hey, you’re fired.'” All of them used drugs, but Jagger thought that “Jones took too much”. The next day, the musician officially announced it and three weeks later, he was found dead at the bottom of the pool at his house. Tragically, he became another member of the “27 Club.”

In 1994, after a few years of artistic inactivity, Perry released “For the Love of Strange Medicine”, his second solo album, reaching number 15 on Billboard. And, two years later, he would release “Trial by fire” together with his buddies from Journey, the last album he would record together with the group. From there, to the bewilderment of his millions of fans around the world, Perry plunged into a prolonged musical ostracism that would last 24 years.

After Stone Temple Pilots recorded their second album, Scott Weiland was involved in serious drug problems. Because of this, they detain him in Pasadena, and forced him to undergo rehabilitation treatment. This situation affected the image of both the singer and the group in general. By 1996, the famous band returned to the world of music with the album Tiny Music… Songs From The Vatican Gift Shop, which reached number 4 on the Billboard list. In Stone Temple Pilots songs such as Trippin’ On A Hole In A Paper, Big Bang Baby and Lady Picture Show, the marked influence of the Beatles style can be seen .In 1999, Stone Temple Pilots released the album titled No. 4, where the recovery in the Hard rock genre is brilliantly appreciated, but without losing the characteristics of the Pop genre. This is seen in the songs Down and Sour Girl. In 2001, Scott Weiland, now free of his addictions, released the album Shangri-La Dee Da with Stone Temple Pilots, produced by Brendan O Brien. This is nothing more than a mixture of hard rock and Pop, evident in his songs Days Of The Week, Hello It’s Late, Too Cool Queenie or Hollywood Bitch. For the year 2010, Stone Temple Pilots return to the studio to record a self-titled album, but in 2013 Scott Weiland is expelled from the band. In 2015, when Scott Weiland was on tour with his band The Wildabouts, he died of an overdose when he was just 48 years old.

Ruffin toured with numerous gospel groups in succession, including the Womack Brothers, the Basic Singers, and the Dixie Hummingbirds. On stage, he became a true showman, and his act caught the attention of both gospel audiences and secular music professionals. He signed with Chicago’s Chess Records at age 17 before moving to Detroit, where he met Berry Gordy, the creator of Motown Records. Ruffin’s big break came in 1963 when he was chosen to replace Eldridge Bryant as the Temptations’ tenor vocalist. Ruffin then took over the lead vocals in 1965, performing such classics as My Girlfriend, I Wish It Rained, and Ain’t Too Proud to Beg. The band played on American Bandstand and The Ed Sullivan Show while becoming international music stars. He began to receive most of the media attention as the new leader of the group, but his erratic lifestyle, which was commonly linked to cocaine addiction, also garnered attention. He was considered out of control when he demanded specific privileges that were not granted to the other members of the group. He wanted the group’s name to be changed to David Ruffin and the Temptations, which led the band to fire him in June 1968. In 1969, Ruffin launched a solo career, with modest success with My Whole World Ended. But his popularity was short-lived, causing Ruffin to leave the music industry for three years until he re-emerged in 1975 with a top-ten single. Stay away from love and some minor hits. He joined The Temptations’ 1983 to reunite with them on a tour. Ruffin, along with five other Temptations, was inducted into the Rock & Roll Hall of Fame in 1989. But two years later, at the age of 50, Ruffin would collapse in a Philadelphia crack house. He was dropped off in front of a hospital hours later, where he died of a heroin overdose.

Roger Keith Barrett, popularly known as Syd Barrett, was an English singer, musician, and painter. Best known as a founding member of the famous band Pink Floyd, he served as lead singer, guitarist, and songwriter. He is also credited for naming the band. He wrote most of the songs on the band’s debut album “Piper at the Gates of Dawn”. In fact, his LSD-inspired lyrics became a craze in London in the late 1960s. He was fired from Pink Floyd in 1968 due to drug-induced erratic behavior. During his short solo career, Barrett released two intriguing and influential albums, “The Madcap Laughs” and “Barrett.” However, they were not commercially successful. He then formed the band Stars, which was short-lived. Despite possessing great potential, he was active in the music industry for less than ten years. He eventually became a loner, living in Cambridge with diabetes and mental illness. After leaving Pink Floyd, the band featured their mental illness as a theme on their subsequent albums and songs such as “The Dark Side of the Moon” and “Shine On, You Crazy Diamond”. Barrett died on July 7, 2006, of pancreatic cancer at the age of 60.

For the first few years, Tony and the Gallaghers got along well, but as the group gained fame, their relationship began to waver (particularly with Noel, who despised his technique as a drummer). His differences with the drummer led him to state that he “wasn’t up to playing hits”, like the ones he was writing for (What’s the Story) Morning Glory (1995), which includes the classics ‘Wonderwall’ and ‘Don’t Look Back in Anger’. Further tensions arose when the band’s label advanced money for new instruments, and the elder Gallagher used it to buy a new guitar, when McCaroll needed it for his drums. As a joke (or not), there are interviews from that time in which Noel forgets the name of the drummer. A possible prelude to the conflicts was when they “buried him alive” for the video of ‘Live Forever’, which is, today, an anthem of the band. On April 18, 1995, after a confrontation with Liam that Tony denied, Marcus Russell, the manager, notified him by phone that he would no longer be part of the band. On the last day of the month the official announcement was released, explaining that his drumming ability was not up to par. In this way, ‘Some Might Say’ was the last song he recorded with the group, before being replaced by Alan White.

However, the dispute did not end with his departure: in 1999, McCarroll sued Oasis for 18 million pounds, arguing that his contract included five albums, of which he only worked on two before his dismissal. An out-of-court settlement was reached for a much smaller amount, but it added more fuel to the fire than there was already. In this regard, McCaroll stated: “I spent 3 years getting drunk after Noel kicked me out of the band. I still remember every day with them.”

Danny Kirwan joined Fleetwood Mac (then made up of Mick Fleetwood, John McVie, Peter Green and Jeremy Spencer) when he was only 18, at the request of Mick Fleetwood. His first contribution to the band was his work on the instrumental single “Albatross” , which became a huge hit for the band, with Peter Green saying: “I never would have done ‘Albatross’ if it wasn’t for Danny. I never would have had a number one song.” As People noted, Kirwan left Fleetwood Mac in 1972, reportedly due to mental illness, which was allegedly made worse by alcoholism and substance abuse. He later became homeless in the 1980s and 1990s. He died on June 8, 2018 due to pneumonia.

A year after his firing, in July 1991, Steven filed a lawsuit against his former bandmates alleging that he was fired because the opiate drugs he had been taking to detox interfered with his concentration. He also made reference to the fact that Guns N’ Roses had made Steven Adler sign a contract in which every time he used heroin, the group would fine him $2,000. “What these contracts actually said was that the band were paying me $2,000 to leave. They were taking my royalties, all my writing credits. They didn’t like me any more and just wanted me gone.”

The case was settled out of court in 1993. Axl Rose’s statement at the trial at times seemed like one of the video clips of the band’s heyday, where its incidents were little far from real life. The test would serve as inspiration for the band’s next album ‘The Spaghetti Incident’ according to the bassist, Duff McKagan. Guns N’ Roses made a $2.25 million settlement payment to Steven Adler in connection with his 1991 lawsuit. Adler received 15% of royalties from the time he recorded with the band.

Since then Steven Adler founded his own band Adler’s Appetite and continued in an intense fight against his demons and heroin addiction. The musician confessed that he had tried to commit suicide twice and that he felt very miserable, because the best time of his life had moved away from him. He never got to recover the success of his golden stage with the GN’R, and that was always a slab for Steven Adler.