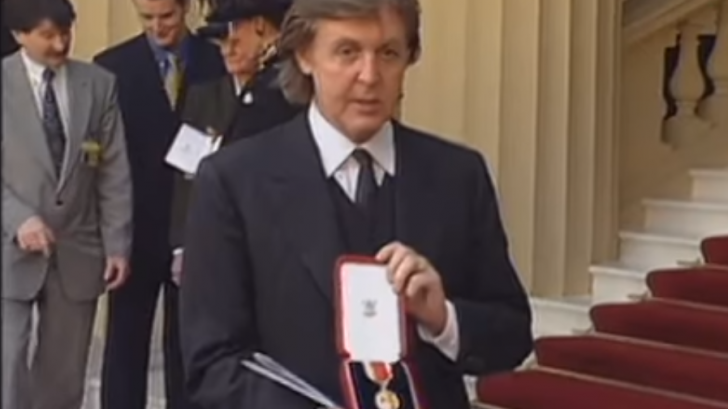 A host of British rockers have been honored by Queen Elizabeth II, from the 1990s until very recently. The title of “knight” is generally awarded to reward public service. A fairly common situation among people distinguished by their careers in show business such as:

“Sir Paul McCartney” was named in 1997 by Queen Elizabeth II herself at Buckingham Palace. 30 years earlier, the famous singer said that he had smoked marijuana in the bathrooms of the said palace and that is why many people were upset. McCartney received a knighthood for revolutionizing pop music in England and the world.

In 1998, Elton John was made the Knight of the Order of the British Empire, also by Queen Elizabeth. Like his peers, Elton received the title for his musical contribution to the world.

The lead vocalist of the British rock band Rolling Stones, Mick Jagger is no longer called just that as of June 14, 2002, when Queen Elizabeth knighted him and his name changed to Sir Michael Phillip Jagger, after contributing to the music industry for over 40 years.

The singer and songwriter of the bands The Jeff Beck Group and Faces declared to have experienced the state of euphoria the day he was knighted on October 11, 2016, by Prince William.

You know Ray Davies for being the lead vocalist for The Kinks. On March 17, 2004, he was awarded, along with Eric Clapton, by Prince Charles, thanks to his service to music, since 1960!