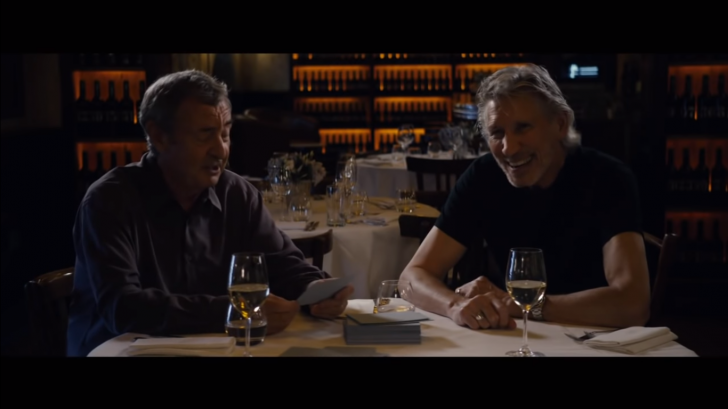 In an interview with Roger Waters in 2015, he was questioned about an expected Q&A that he and Nick had in the works, then revealed a grotesque story about how he almost prompted Mason’s death back during their Pink Floyd eras.

“It’ll be great if we can stop giggling for long enough to answer any of the questions because we have a long history Nick and of giggling a lot, unfortunately, or fortunately. I nearly killed him once when we were young,” Waters states unexpectedly.

“We were rehearsing, so the band must have already been going. I remember we were at a rehearsal, and we used to try to create situations that were dangerous for each other. We were doing something, and somebody had just served us some really hot cups of tea. So I waited until he got halfway through a gulp of tea, and I don’t know why this triggered him, but I just said the word ‘Yacht’ in the middle of this big gulp, and it got him. He just exploded.

“These two rivers of scolding tea came out of his nose like that as he burst out,” he remarks whilst animatedly recollecting the episode with his paws. “I mean he was in agony, I thought, ‘Oh God, I’ve killed him’. I couldn’t help him because I was laughing too much, but he eventually recovered. If you ever meet him, you should ask him, ‘Roger says he nearly killed you one day’ and he’ll go, ‘Yeah, he did’. Yacht was the keyword,” he added whilst still chuckling richly.