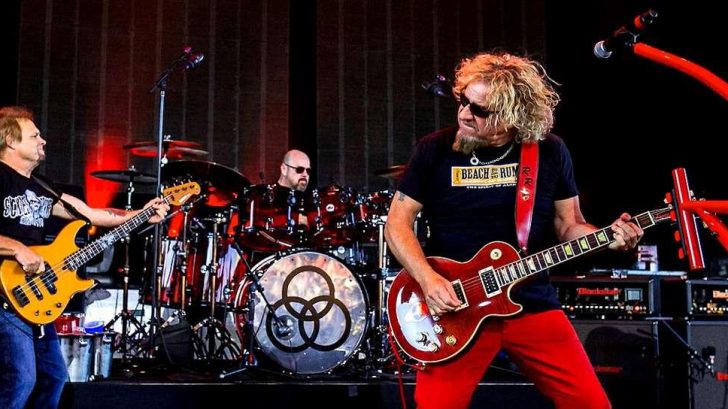 Woooahhh!!!! This Is Going To Be EPIC!

It looks like Sammy Hagar and his supergroup called The Circle finished their assignment perfectly, and it may surprise a lot of fans.

The supergroup consisting of Hagar alongside with bassist Michael Anthony, drummer Jason Bonham, and guitarist Vic Johnson – formed back in 2014 – have completed recording their debut studio album.

It’s not their first release — they’ve issued their first live DVD “At Your Service,” back in 2015. Bonham shared that it just wrapped up sessions for their supergroup debut album of all-original material,

“On Father’s Day, I was on tour and I went into the studio, ’cause [Sammy] sent me a new song that he wanted to add to the album. So I went in on Father’s Day and recorded drums in upstate New York. But it was great, ’cause I found a great new studio which I’d love to go back to. So it was fun to go do. So I had a day off [from my North American tour with Foreigner and Whitesnake], did that. And literally, I got the mix back from [Sammy] yesterday.”

The drummer also defined the record as a “concept kind of album,” and it needs to be listened to “in a specific order,” he also adds that Hagar has “been really inspired as of late, and I think it’s gonna be some of his best stuff. It’s definitely diverse. As I said when you listen to it in the order … It’s gonna be incredible.”

“What he wanted to do was do something very different than he’s ever done, which is send you on a journey, like the old days when you put on an album, you listened to it from start to finish instead of just a song – where the placement of each [song] is vital for it to make sense.”

More details regarding their debut studio project, including tracklist and release date, are expected to be announced in the coming months.