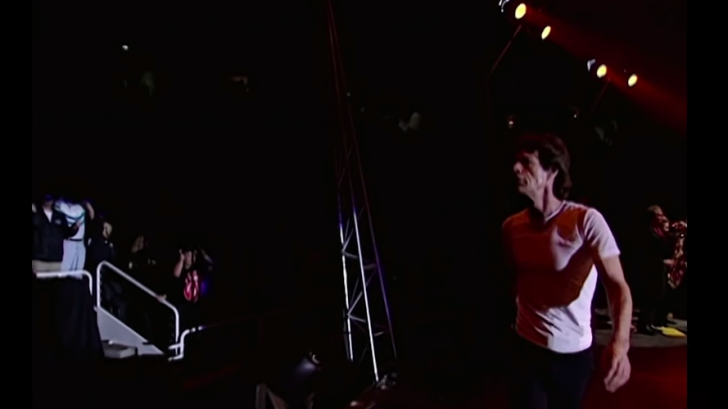 The Rolling Stones release live performance of “Honky Tonk Women” from their new DVD No Security – San Jose 1999. The DVD is the latest release from their From the Vault series of official bootleg performances.

The DVD features a video document of The Rolling Stones’  April 1999 concert at the San Jose Arena in San Jose, California. The spring concert was part of a two-night slater marking their first performance in San Jose since 1965. The show was part of their No Security tour, promoting their 1997 album, Bridges to Babylon.

A statement along with the released clip says,

“No Security captures a stand-out Stones show, with the band on searing form during the closing leg of their American tour in San Jose…The show was an electrifying, anthem-packed, cross-generational hot ticket, concluding yet another chapter from the band that wrote the book on rock‘n’roll.”

No Security: San Jose ’99 is now available to buy

The whole show can now be bought on DVD and Blu-ray, as a two-CD/DVD collection, as a three-LP vinyl set, digitally and via streaming services.