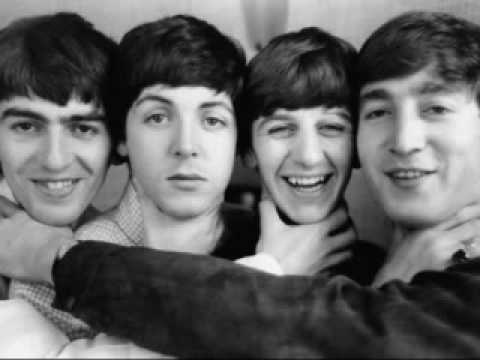 The Beatles are of course one of the most iconic bands in music in the history of mankind. People of many ages, generations, races, and classes all over the world have revered and idolized them. However,  we forget that the Beatles, as famous and iconic as they are, are still human. And humans make mistakes. Even though thousands, maybe even millions of people think the Beatles are perfect, they are not. The Beatles also *gasp* makes mistakes. And those mistakes often happen while they are singing or recording. It’s not something to be take so seriously. In fact, it’s an avenue for a lighthearted laugh trip, listening to the mistakes these icons make when they are rehearsing, recording or performing. It’s definitely something that’ll sure to make anyone smile. The banter between Paul and John when one of them forgets the lyrics or mispronounces a word, then burst into hysterical laughter is just a treat for us all to devour.

Hey guys, I think I'm going to take a shot break on posting. I've been kinda overwhelmed and stressed about school and I just need a mental break. I've also felt kinda uninspired. I'll probably post stuff on my story and stuff but just a little break from posting memes. I'll be back soon though.

This audio compilation of their screw ups are simply just them being them – John being John, Paul being Paul, George being George and Ringo being Ringo. When they mess up take after take after take, they just laugh at each other and laugh with each other. It’s hilarious! Their bickering is so adorable it’ll crack you up as you even hear their voices crack sometimes. You can even hear Paul or John change the words of their songs on purpose just to mess with each other. Listen closely to their background banter and you’ll realize how much of a good time these boys had in their day.

Your in for a delight as you hear the flaws and screw ups John, Paul, George, and Ringo made as they perfected their craft through the years of playing together. So get ready for a fun ride!