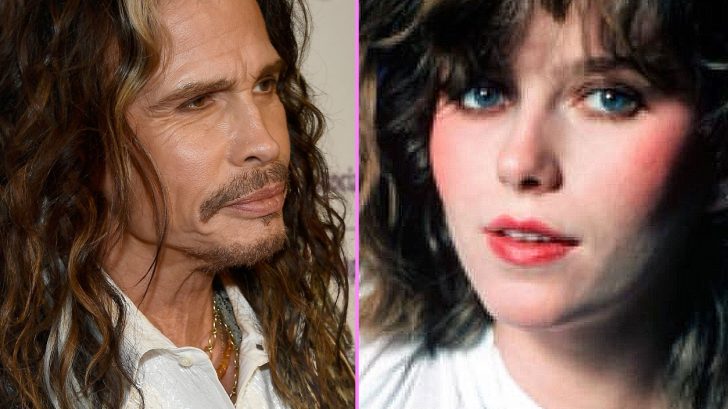 Yesterday was Mother’s Day, which means everyone and their mother (pun very much intended) took to social media with photos, memories, and love for their favorite ladies. Aerosmith frontman Steven Tyler joined in on the fun, but not in a way you’d expect – and certainly not in a way that many men would think to.

Tyler, 70, took to social media with a photo of three of his leading ladies from the past; Bebe Buell, Cyrinda Foxe, and Teresa Barrick, women with whom Steven was romantically involved and shares children Liv, Mia, Chelsea, and Taj.

“The three moms…a title just above queen! #happymothersday,” wrote Tyler just below a photo of Buell, Foxe, and Barrick.

Determined to keep Steven’s identity as Liv’s biological father a secret, Buell’s cover was blown when an 8-year-old Liv met Steven Tyler, who noticed the resemblance she shared to his other daughter, Mia, shared with late model Cyrinda Foxe; Liv put two and two together and her mother was forced to reveal that her father was, in fact, Steven.

? Happy Mother’s Day to all who mother and love ? mom I love you Thank you for loving me ?

HAPPY BIRTHDAY @MISSLIVALITTLE…MY MAGICAL HALF-ELVEN EVENSTAR ..A MILLION HAPPY BIRTHDAYS TO YOU ..I LOVE YOU TO THE END OF THE GALAXY AND BACK

Foxe and Tyler were married in 1978, the next nine years famously filled with drug addiction, extramarital affairs, and physical and emotional abuse before the pair ultimately split in 1987. Their daughter Mia remained the pair’s most critical link to each other, and when a destitute Foxe suffered a stroke in 2001 it was Tyler who came to her rescue, helping pay her hospital bills and donating an Aerosmith guitar that sold for $5,000 at a benefit in her honor.

When she died on September 7th, 2002 at the Gramercy Park Hotel from an inoperable brain tumor, Tyler covered her funeral costs and remaining medical bills.

HAPPY BIRTHDAY TO MY BEAUTIFUL NEW MAMMA @MIATYLER TO BE!

My first love and my new love.

Tyler’s marriage to clothing designer Teresa Barrick resulted in the birth of children Chelsea Anna Tallarico, and son Taj Monroe Tallarico. Though the marriage ended in January 2006, it’s clear that Steven has nothing but love for his ex-wife, and cherishes the time spent together for the wonderful gifts it gave him in the form of Chelsea and Taj.

A DAY DEDICATED TO THE EVER-BEAUTIFUL AND KIND CHELSEA… CHEERS TO TAKING A BITE OUT OF LIFE AND ASKING FOR SECONDS!!!!

HAPPY BIRTHDAY TAJ…CAN’T WAIT TO RELIVE THIS MOMENT WITH YOU IN 5 DAYS…GO PATS!

At the end of the day, all that matters is family. And thanks to the beautiful women who loved and shared their lives with Steven throughout the years, he’s got a family legacy that any man could (and should) be fiercely proud of.