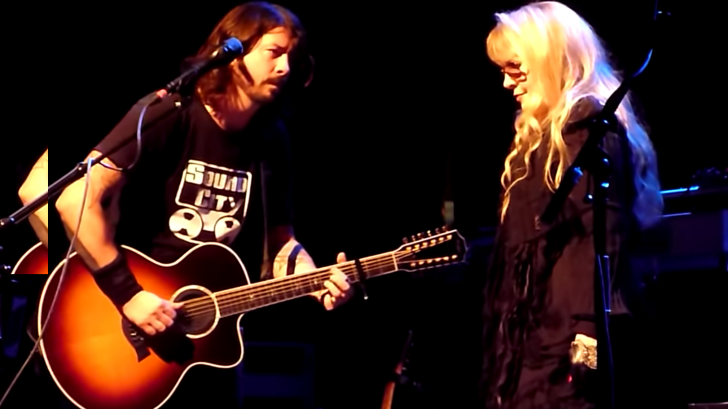 This duo is a Dream team!

Music legend Stevie Nicks just made music gold when she joined Foo Fighters and sang her classic Fleetwood Mac hit ‘Landslide’ with frontman Dave Grohl. It was a performance like no other, played live for the Sound City Players Concert, on The Late Show with David Letterman. It’s not the first and last time they’ve collaborated though, as they’ve performed this duet before as well at the 2013 SXSW Festival.

For this Sound City Players Concert, Nicks sang a sang a couple of familiar and new songs from her Fleetwood Mac glory days and also from her solo projects. She was accompanied by Grohl for everyone’s favorite ‘Landslide’ on a 12-string acoustic guitar. The Foo Fighters continued to back her on “Gold Dust Woman” to finish off her set. Nicks and Grohl have formed a unique friendship over the years, and Nicks even dedicated ‘Landslide’ to Grohl during her Isle of Wight Festival concert. She also gives credit to Grohl for his help in her 2013 documentary titled In Your Dreams.

This duet definitely made our dreams come true!

Watch the historic moment unfold below: