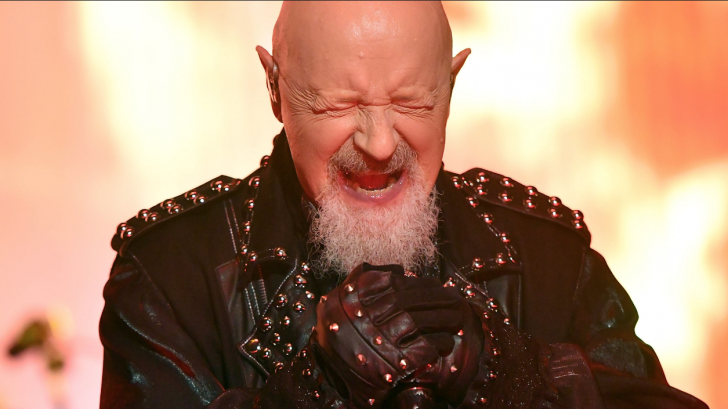 A Surprise 41 Years In The Making

Judas Priest may be sidelined for a few days as tour mate Ozzy Osbourne recovers from a nasty bout of the flu, but they more than made up for it Sunday night.

The British speed metal legends kicked off their European run of shows in Paris at the Zenith Arena in support of last year’s Firepower, their 18th studio album, but rather than focusing primarily on the album’s 14-song track list, Judas Priest took a hard left, going back in time and into their back catalogue for a special surprise.

For the first time since 1978, Judas Priest dusted off the ultimate in deep cuts – “Killing Machine,” from their 1978 album of the same title (unless you lived in the US, in which case you knew the album as Hell Bent for Leather).

Written by guitarist Glenn Tipton about a predator hunting down its prey, “Killing Machine” found frontman Rob Halford stalking about the stage to the audience’s delight, taking great care to pause during the song’s guitar solos before going back to his signature two handed mic grip and leaning in for the next vocal attack.

This isn’t the first time Judas Priest revisited a deep cut from the early days of their career, and fans in Paris aren’t the only ones lucky enough to witness it. Last year saw Judas Priest dust off “Saints in Hell” from 1978’s Stained Class its first recorded performance ever, and fans who turned out for that leg of the tour were pleased to find out that it was kept in the band’s setlist for most of the tour.

Check it out in the video below – it’s not every day that you get to witness rock history happening in real time!