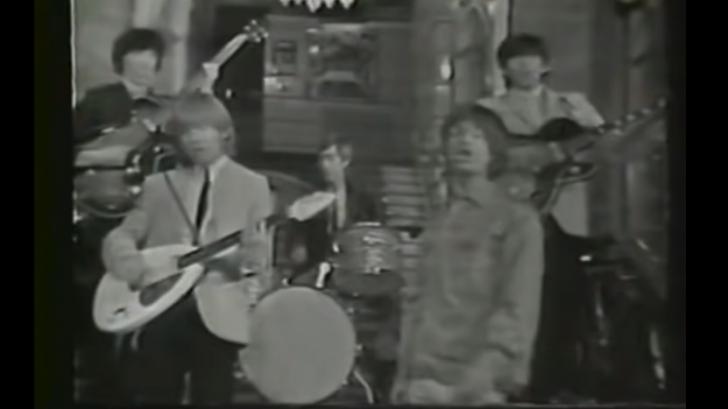 Imagine that you are in the United States in early 1964 and witnessing the Rolling Stones rock The Red Skelton Show. The Stones had much more freedom in selecting and performing the songs during live performances than the Beatles did with their discography at the time.

Even the sound of the Stones, including the production, is not far from the sound they must have had in the London slums and bars where the quintet performed. The record smells of whiskey, of the cigar, of a club on the outskirts where people gather to get drunk and laugh at the world as only they know.

Well, with the help of the production the group managed to create the atmospheres. The sound is hollow, cavernous, dense. In the video below, The Stones performed It’s All Over Now, from the band’s second album, 12×5.

It’s All Over Now’ has a magnificent beginning and a sound that is slightly closer to pop and country rock, in addition to the always energetic Keith Richards guitar solo that is worth highlighting here.