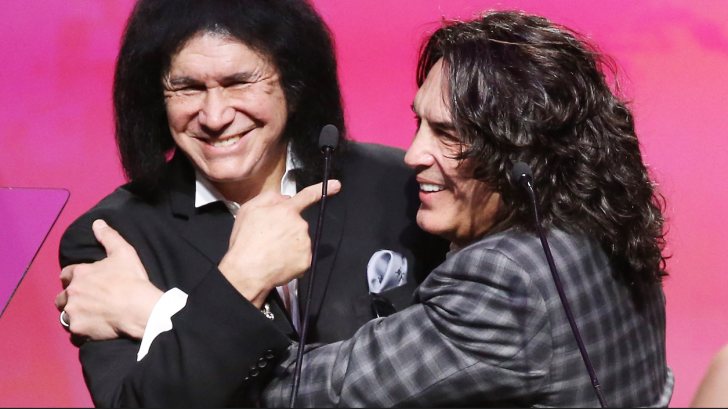 A Friendship Nearly 50 Years In The Making

We’ve all got that friend.

You know the one.

The one you love like a brother or sister, who’d give you the shirt off their back and wouldn’t dream of being caught in a sticky situation without them there to help you out of it.

They’re also the friend that makes people wonder, “How in the hell have you two managed to stay friends for this long?”. They’re misunderstood as being cold or prickly on the outside to people that don’t know them well, can be a little difficult to work with sometimes, and have a personality so strong that it’s a wonder the two of you manage to agree on anything.

For Paul Stanley, that’s KISS bandmate Gene Simmons. These two have been friends for the last half century and at first glance, it’s hard to understand how they’ve managed to not kill each other, much less stay best friends for this long. Paul is pretty laid back and Gene is…well, Gene; but there’s a reason that these two work so well as friends, bandmates and business partners, and it’s far simpler than you’d think.

In a recent Q&A session with Facebook, Paul shared the secret to his friendship with Gene and at the end of the day, it comes down to one thing: knowing their friendship’s limitations.

End Of The Road Live Q&A with Paul Stanley

End Of The Road Live Q&A with Paul Stanley. Ask him your questions below!

“Any great friendship or any great partnership, it’s built on – I think – knowing its limitations. If you don’t expect something from somebody that they can’t give you, you’ll never be disappointed,” he said simply. “I think the only time we’ve ever run into problems or maybe I’ve run into problems with Gene is expecting Gene to be somebody other than who he is. So once you accept people for who they are and don’t expect them to be somebody else. That’s a big key to it.”

But wait, Paul – there’s got to be more to maintaining a friendship that’s lasted nearly 50 years, right?

Of course there is: time.

“Years of going through hard times and fun times that’s how you build a bond and how you define a friendship. That doesn’t come overnight,” Paul shared, and he’s absolutely right. You can’t spend the better part of 48-49 years together traveling the world, being there for marriages and children and deaths and arguments and late nights of laughing and partying and not come away from it all without a strong appreciation and understanding of each other.

Sure, Paul and Gene have two very different personalities – but as with any great friendship, that’s what makes it work. At the end of the day, the differences don’t really matter when you know that win, lose, or draw, you’ve always got that person to fall back on; to hell with what other people might say.

“Gene went from somebody I met to being family his brother. You don’t always agree with your brother, you don’t always want to do same thing but at the end of the day, you know that you can depend on.“