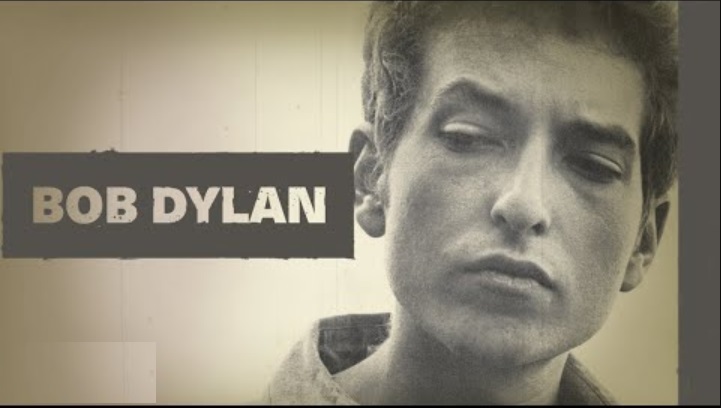 A legend born in a Minnesota town has won the highest award for lyrics “for having created a new poetic expression within the great American tradition of the song.” Bob Dylan has been many things, but the main one was demonstrated by Tempest (2012)): a musician of enormous and unpredictable talent, restless and unable to always stay in the same place, no matter how much time has passed. The parody would possibly bring out the common traits that many seem to see in him. The reality is that his career is anything but monolithic.

Here are Bob Dylan’s twenty best songs, which are also twenty extraordinary ways to get to know him in-depth if you haven’t already:

In the middle of 1965, with a Dylan already determined to face his “natural” audience, the musician closes his new album with a declaration of intent:

“Forget the dead you’ve left, they will not follow you (…) Strike another match, go start anews and it’s all over now, Baby Blue”

Quickly recorded on an October day in ’67, ‘Drifter’s Escape’ served as a John Wesley Harding single, and featured another story of alienated by society who, however, never came to be destroyed by it, despite many they try. Amid Dylan’s retreat to his Woodstock farm to make up for the controversial 1966 rock hatch, all of the charges against the ‘Drifter’s Escape ’protagonist may well be his own, too.

18. Tears of Rage (The Basement Tapes)

In the generation gap, Dylan kills the old and stays with the youth, and these these Tears of Rage is that of knowing that life is too short and that, despite everything, we are going to spend more than half without understanding anything.

Dylan wrote this song to his son in the form of tips that are also wishes: that you recognize the truth wherever you go, that you follow it, that it does not defeat you day by day and that you can always find in it a bit of happiness. ‘Forever Young’ is a long list of wishes that, all the time, underlies everything that is not going to turn out well.

It doesn’t seem like Bob Dylan’s idea of ​​becoming a convoluted, difficult songwriter at any time. At least, not in music, where there are not a few of his songs whose skeleton is as simple as possible: three chords and on.

It is impossible to choose this Dylan song as one of his best songs without thinking that Jimi Hendrix grabbed it, beat it up with electric guitars and made it even bigger than it was at the beginning. Of those versions that exceed the original, one should not be completely dazzled, because the original included in John Wesley Harding was already one of the highlights of that album back to music.

14. Love Minus Zero/No Limit (Bringing It All Back Home)

The most accessible Dylan in Bringing It All Back Home is found here, in a sweet tune like few others in Dylan’s career and with a volatile, sweet and gentle guitar, ideal for what was about to happen: the outbreak of folk -rock, or how the youngsters of the time suddenly discovered that the music of their grandparents was also the key to making hits and connecting with their present.

We’ve all probably known ‘Knockin’ on Heaven’s Door ‘through the version of Guns’N’Roses. What surprises us is how highly underrated this song is, for Dylan, the most iconic song from the BSO that Dylan did for Pat Garrett & Billy The Kid, especially when it is practically impossible to dribble.

The missile crisis, the atomic clock about to strike twelve, that of God is going to fall … Consider yourself young when everything is about to go to hell, in 1962. Consider how to talk about everything, how to do it and say everything you think. Think of Dylan writing this about ‘A Hard Rain’s Gonna Fall’.

Just Like a Woman ’is about breakups. Specifically, from the moment you start giving birth to the person who leaves you and, unfortunately, that only serves to put the mirror in front of your nose, to see you reflected, so that the reproaches only take out what, in actually, you did wrong. It is not the Plane Nightmare in the amusement park ’of Los Planetas, pure vitriol, but a long collection of own defects in a song with a sexist appearance.

It stands to reason that it is one of Dylan’s most analyzed songs. ‘Visions of Johanna’ is, along with some others that will appear even higher on the list, the perfect example of the Bob Dylan of Blonde on Blonde, a composer capable of going round and round a vignette, weaving metaphors with a calm rhythm and make the song end without the mystery (that of the lyrics, that of the music) ever being cleared. Who sings about? Who is that woman who makes the narrator’s mind explode in the end, without caring about anything other than the memories of someone who is no longer there?

It is remarkable how the mocking structure of the track in which this song is. Recorded in August 1965, Al Kooper shines to the organ, the police siren becomes emblematic and the Dylan band, more rock than ever, faces the final stretch as if that would lead to a wild jam. The recording leaves us that, the imagination does the rest. Blessed Judas and blessed detritus that … where would it end if not … on Highway 61?

Dylan against the real world. To be one of the fundamental representatives of the Greenwich Village scene, Bob Dylan has hardly been seen positioning himself directly in specific aspects of reality, in facts and events. In fact, during the 1960s most of the historical and / or cultural references to his songs were always carried by the torrent of allegorical verbiage. Examples we have seen several and we still have some others.

‘Tombstone Blues’ is the same Dylan from the highly acclaimed ‘Like a Rolling Stone’, but without a hint of concession, with nothing that can make this song a single (something that is obviously there in ‘Like a …’) . Holding on to the trot of the electric band, delighted to visit a filthy blues and accelerated by the rhythm imposed by Bobby Greg, Dylan unleashes his verbiage on a walk through the less friendly side of dreams. “At this time, of course, the little ones, the sweets, are already in bed”, immediately after starting a series of historical names where the bad feeling is personified in people like John the Baptist torturing a thief, where he rhymes Hills with Cecil B. DeMille and where there are slogans like fists: “stop crying and swallow your pride, that you are not going to die for it, it is not poison”

‘Like a Rolling Stone’ is the myth, electric Dylan made a single, the perfect story about falling out of favor, about believing you have the world at your feet and that something happens and turns it around. The story of lonely miss, the pija girl who one day fell out of favor and ended up going down the street aimlessly, like a boulder.

It arrived in the summer of 65 and you will never stop hearing it or that someone tells you about it. It is emblematic for so many reasons that, by itself, it has generated more literature than any other song, but a Bob Dylan album. According to him, he was born from a “20-page vomit”. He cut it, he could, he left the story right where he had to stay and… his eternal song was born. For many, the best.

Many moods are drawn from Blood On The Tracks, but there are few moments in Dylan’s career that the heart hurts as much as during these 4 minutes and 18 seconds in which Dylan himself undresses. This time there are no characters that are worth, there are no masks or parapets.

If this top were measured by the times a Dylan song has made us cry, ‘I Want You’ should be at number one, a long way from any other. Of happiness, of love, of sorrow, that they screw up your life leaving you, that you can get up later but never forget. Or to be aware of living the happiest time of your life and, at the same time, understand that everything will end, someday, possibly as fast as it came.

Mr. Tambourine Man, in its original form, has a disarming plucking, a sweetish tone, a letter of druggy metaphors influenced by the Mardi Gras of New Orleans, from which Dylan took hold in 1964, and a brilliant, expansive, epic melody- but-of-bedroom.

Eleven minutes walking an imaginary street, or not so much, in 1965. It is not hell, but it could be if all the losers, famous or not, with charisma or not, got together and lined up. The world and its multiple and complicated faces had already shot through Bob Dylan’s youth, but now dreams and eternal fictions also entered and the nuances became bigger and bigger in his lyrics.

Each phrase of the ten stanzas is finely dotted, without fuss, by McCoy’s guitar with a borderline edge, in each new requiem, each as different and playful as Dylan’s own words.

The day you go to think about how to close an album in an unbeatable way, listen to it.

The song that never stops, that comes and goes, the meandering love hymn to Sara, his first wife. Al Kooper’s eternal Hammond, without making a noise, without a crash, but filling everything. One of the legends that runs over it is that Dylan never told the musicians when or how the song was going to end and that, therefore, they often play as if they were about to end, to return again. Climax on climax on climax.

Of the four faces that the vinyl edition of Blonde on Blonde originally had, Dylan reserved an entire one for this song, to completely hypnotize whoever gets lost in it. Much has been said about the sound that Dylan achieves in his longest songs: it seems fundamental to me to understand how he balances the listener, how he lulls him, but to keep him awake. What would ‘Sad Eyed Lady of The Lowlands’ be like in the hands of others? Who would be able to give those drum touches with which Kenneth Buttrey prevents anyone (from the listeners) from getting lost, going outside of the song?

‘Sad Eyed Lady of The Lowlands’ is not only important in Blonde on Blonde. It is also true for its author, so much so that, years later, in Desire’s ‘Sarah’, he remembered how he wrote it in a hotel. “It took days for me to write it for you.” The final section, where the singing stops and it is the harmonica that takes the foreground, is still done with all the things that remained to be said but for which there were no words.