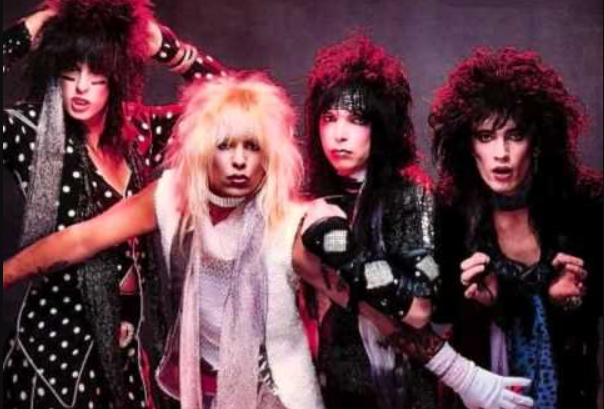 Mötley Crüe, one of the most representative of Glam Metal in the 80s. Mötley Crüe have announced their official return after 6 years since their last concert and they have blown up the contract that they had agreed then. Much to see has had the impact that has produced the movie «The Dirt» since a lot of very young people
had not been able to see or know the story of “The Bad Boys” of rock and thanks to the movie they have been able to do it

We look back at the 20 Songs That Can Represent The Career Of Mötley Crüe:

Wild screams to start the new theme. The riff setting the tone and rhythm, drum input, structure, and start as a classic. Great guitar riffs. Stanzas and brilliance of the guitar in the riffs.

Piece Of Your Action

Vince and the company did not need refined and innovative techniques in their sound to make a place among the greatest in hard rock, they only appealed to their instinct and desire to rock hard. Piece Of Your Action is a memorable rock song!

Don’t Go Away Mad (Just Go Away)’, delicious acoustic halftime absolutely unprecedented in their career -‘Home Sweet Home ‘is the most similar thing they had done before- which perfectly links with that tendency to the ‘unplugged’ moments that were lavished so much at the time on hard rock bands like Tesla, Mr. Big, Thunder or Bon Jovi and Extreme themselves

Too Fast For Love

Another perfect sample of the enchanting raw magic of first-timers Mötley Crüe with the theme-title of their record debut. Again, a simple but vibrant riff propels an iconic theme that achieves its best moment on that magnificent bridge to a simple and successful chorus.

“Ten Seconds To Love” sounded broken and much more badass. Mick Mars’ riffs seemed to sound super heavy. One of their best songs ever recorded.

She Goes Down opens with drums and riff game and boot for more melodic stanzas. Neil’s voice is pure Eighties Rock. Fun and joviality in the chorus with the choirs carrying the singing voice.

If anyone doubted the Crüe’s claim to be inserted into radio formulas (and, even more, important at the time, the almighty MTV), ‘Home Sweet Home’ should be the definitive proof. A full-blown ‘power ballad’, located in the noble zone of all those that flooded the waves by hard rock bands in the 80s.

We have previously glossed ‘Home Sweet Home’ but, for a server and by a narrow margin, ‘Without You’ is the Crüe’s definitive ‘power ballad’ and one of the best in the golden age of eighties hard rock.

It was the first single released by the American band with their debut album “Too Fast For Love” in 1982. Without a doubt one of the most powerful songs by Mötley Crüe.

Smoking In The Boys Room

“Smokin ‘in the Boys Room” is a song originally recorded by the band Brownsville Station in 1973. However, a version with Mötley Crüe would later be released, reaching number 16 on the Billboard Hot 100 in the United States.

It is found on the album “Girls, Girls, Girls” released in 1987. And in all its presentations it is accompanied by a huge amount of pyrotechnics. He always manages to delight the public.

This is the name of Mötley’s fifth album. With the song of the same name, they were ranked number one on the Billboard 200 in the United States. This album is considered the best of the band by many critics and fans.

It is the second theme of his self-titled album. Although the lyrics focus on nightclubs and exotic dancers, it managed to captivate its fans, in such a way that this is the song that opens “The Final Tour”.

With this song, Mötley Crüe made his first video. Which guaranteed the popularity of the Glam band on MTV. The riff used throughout the song was # 41 best of all by the “Guitar World” magazine.

This is one of the songs preferred by fans at the time of its interpretation, as it usually causes instant insanity.
It was inspired by a serious accident Nikki Sixx, the band’s bassist and songwriter, had when he was pronounced dead from an overdose. Fortunately, the doctors revived him by injecting adrenaline into his heart.

This stands out for its catchy and festive chorus worthy of the stadiums they filled in their day. Released in 1990 and although it is not one of the most popular singles in the band, for the fans it is one of the classics that can not miss at a Mötley Crüe concert.

The ’90s scored a confusing time for every hard rock band that both triumphed in the 80’s and Mötley Crüe was not safe from it, the Grunge had crushed all those groups, Pantera and Anthrax they were starting to take off and both Metallica and Guns & Roses were the two largest bands in the world, but this did not prevent their compilation “Decade Of Decadence,” Mötley recorded one of the best songs of their career and is that “Primal Scream” was perhaps the last big song of the band until their return in 2008 with “Saints Of Los Angeles .”

Too Young Too Fall In Love

No one can deny the quality of this included song inside one of the best (if not the best) records of the band. A
sound much rougher and dirtier but rocker and dark at the same time and a great solo by Mick Mars ended up rounding this great “Too Young To Fall In Love”.

Shout At The Devil

This song is full of powerful riffs. It appears on the second album, which, precisely, is titled “Shout at the Devil”.