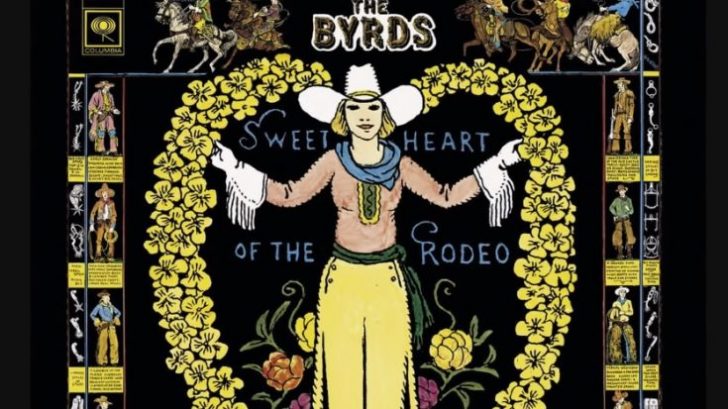 It was 1968 and the Byrds had broken up, months before, David Crosby and Michael Clarke had left the group; Gram Parsons was arriving. The group that had risen to popularity by electrifying Dylan’s songs, was taking the definitive step into country music.

Those who hate country music will find this record unbearable and tiresome. Those who like to dive into this corner of music will thoroughly enjoy it, although Parsons’ solo works are far superior (much better melodically and emotionally), since this album is an excessively valued work, mainly due to the abrupt permutation in its a grounded sound, which was really negative for the Byrds as they had previously signed a masterpiece on their previous installment, “Notorious Byrds Brothers”, a marvel of lysergic pop. After this work, the Byrds would slowly lose strength and quality, bifurcating in different trajectories.

Banjos, mandolins, and steel guitar at full blast in good Bob Dylan adaptations like “You Ain’t Going Nowhere” or “Nothing Was Delivered”, nice revisits of “The Christian Life” (written by the Louvin ‘Brothers).

It is in this mix, but especially in relation to the country, that the band recorded their sixth album in 1968, Sweetheart of the Rodeo. Today a classic, once hated. Yes, the sound focused mainly on the country generated numerous criticisms of the group’s album at the time, and it remained in limbo for decades.

Sweetheart of the Rodeo is a collection of beautiful country songs, very well recorded and produced, the result of talented musicians and voices that still provide the listener with a bucolic journey into the heart of American hillbilly culture.