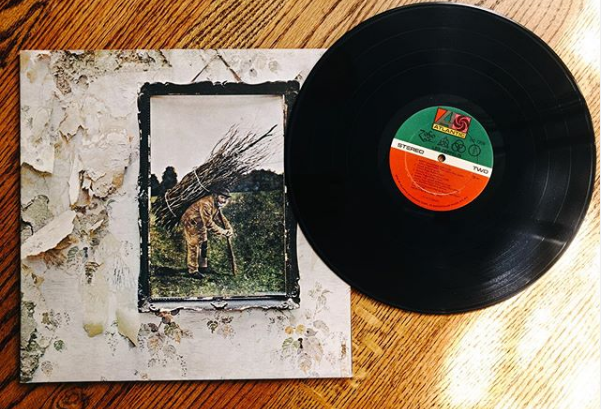 Like the first time, we’ve heard it, from the opening with “Black Dog” to the last notes of the hypnotic “When The Levee Breaks,” every tour of “IV” is an absolute pleasure.

The weights to make the aspects that make these eight songs into a basic album are wide and numerous. Although the artistic delivery that the fantastic 4 make to express themselves -either revising both blues and folk or continuing with their great invention of Hard Rock- always seemed to be the salient point (between mysterious and fascinating) that moved the conceptual understanding of rock as a musical genre towards new spaces of sound creation.

The opening track, of course, “Black Dog” is the anthem of the album, showcasing a pentatonic like the blues and the Celtic music.

The upbeat “When The Levee Breaks” is, indeed, mysterious, a rock and roll song that speaks for itself, a storming closer for the album.

Then there’s the evanescent fascination, “Stairway to Heaven,” one of the very few songs that can still move people intensively and can be interpreted differently in terms of perspective.

Note: “Led Zeppelin [IV]” already going for over 37 million copies worldwide, being the band’s most successful album and the second best-selling album of the ’70s.

You can also listen to the full album below: