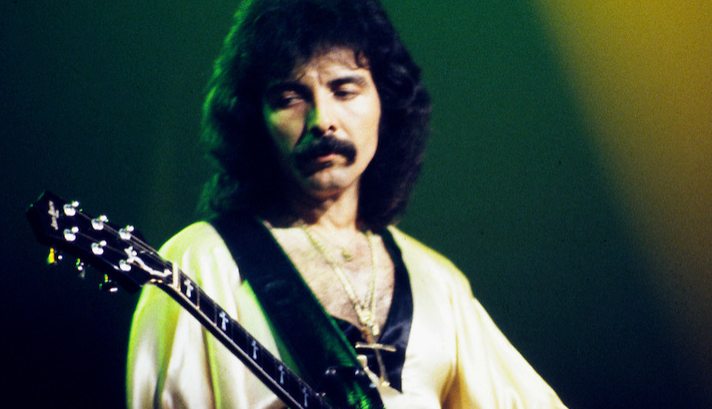 Rock is a genre that, with more than half a century of shocking sounds, offers us authentic masterpieces that have little to envy classical music.

We look back at the 30 Longest And Greatest Rock n’ Roll Songs:

An extraordinary composition, divided into nine parts, in turn divided into two tracks, at the beginning and end of the legendary album Wish you were here, from 1975. A tribute to the enormous Syd Barrett, with all the elements of progressive psychedelia : Ethereal guitar solos, drum progressions, saxophone, etc.

2. Neil Young — Cowgirl In The Sand

A classic from Canadian rock legend Neil Diamond. A song that tells a story of sexual liberation, so fashionable in 1969, the year in which this single was released that has become a reference for 60s rock.

Octavarium is a marvel of progressive metal. A cut from the self-titled album, Octavarium references Dream Theater’s main musical influences, with icons of the caliber of Pink Floyd, The Beatles. The Doors, Neil Diamond, Morrissey, etc. Simply amazing.

4. Iron Maiden — The Rime of the Ancient Mariner

With lyrics taken from a late 18th century English poem, The Rime of the Ancient Mariner is part of the acclaimed Powerslave album by quintessential British heavy metal band Iron Maiden. Melancholic and progressive, it is a feast for lovers of heavy metal.

Orion, from the legendary Master of Puppets, Metallica’s third studio album, is one of the favorite pieces of the most important band in metal history. A perfect mix between the virtuosity of progressive rock and the rawness of thrash metal, this 100% instrumental track is only for true music lovers.

It is part of the album Love or Gold, by the British band led by the great Mark Knopfler: Dire Straits. The song recounts the media and its impact on humanity.

Sister Ray is a true reflection of the life of excess of The Velvet Underground, the band of the legendary musician Lou Reed. With its crude lyrics about drugs, cross-dressing, promiscuity and other controversial topics, Sister Ray is one of the longest songs of this great band.

The height of psychedelia by The Doors, the last track on the Strange Days album. Curiously, it was rarely performed correctly live, as Jim Morrison preferred to take advantage of its long duration to improvise with new lyrics.

A song written by British folk singer Jake Holmes, immortalized by Led Zeppelin. Quite an anthem of the psychedelic age of rock.

The quintessential power ballad, with a video that defined an entire era. Slash’s guitar steals the song, without detracting from the voice of a full-fledged Axl Rose and the string accompaniment, they make this song simply not go unnoticed.

Of course, in this list we had to include the kings of psychedelic songs, and what better than to use the final track of their mythical first album that includes the famous, censored and oedipal speech in which Morrison sings: “Father, yes son, I want to kill you Mother…I want to…fuck you”

In this place on the list we could put many of the works of master Zappa, including several of his work with The Mothers of Invention, but we decided to include “The Gumbo Variations” because, in addition to considering it one of the best pieces of one of the Zappa’s best albums, contains convincing and lengthy proof of the great mastery that this genius of music had on the guitar.

This album and the song of more than twenty minutes that gives it its name are probably the first great classics of the Canadian band and an obligatory stop for lovers of progressive rock, which we would not have known if, after the commercial failure that was Caress Of Steel, the group would have listened to their label when they were asked to drop the concept songs.

We know that A Passion Play is longer than the album/song quoted here, but the importance of this album in Jethro Tull’s career is too much to pass up. In theory this song is in two parts -in eight according to the digital version of the 40th anniversary-, but like the previous Pink Floyd composition, it is intended as a great and solitary piece that adapts the epic written by a non-existent genius child of eight years.

And now to go to the major leagues of duration, we present to you -if you don’t know it- the 24-hour long composition made by the Flaming Lips.

Due to its massive length, this song had to be reduced to a 50-minute version, divided into 10 pieces in order to be sold on a special LP for Record Store day, but the 1,440-minute version exists on 13 hard drives that are embedded in real human skulls – like the ones in the cover image – that the band sold for $5,000 each.

Now, to talk about long-lasting songs that are already part of history, it’s hard not to refer to “Echoes” by Pink Floyd, considered by some to be one of the most ambitious pieces of music ever. This song, which exceeds 23 minutes, was chosen by Roger Waters and company to shelve “Meddle”, which was the British band’s sixth studio album.

The Grateful Dead were, like the aforementioned Quicksilver, one of the most mythical psychedelic bands of the late 60s. And like them, they were mythical not so much for their records as for their impressive concerts, in which they left the audience speechless. audience with his wild runaway psychedelia. They never gave two identical performances, since they were based on improvisation and therefore the songs always acquired a different style, lengthening them and turning them around as they pleased. They were the ideal band to listen stoned.

The first time fans heard “Supper’s Ready” they didn’t quite like it. This strange composition about the Apocalypse, made up of different sections that are very different from each other, was very difficult for me. Today is one of the favorite Genesis songs.

“Mountain Jam” is their pinnacle for me as live musicians, what these guys do here is literally out of this world to me, and while they all stand out prodigiously, for me the one who touches the sky is guitarist Duane Allman, who especially in the final part, it offers one of the best guitar passages I’ve ever heard.

The song begins slowly with drums and a Hammond organ, to which is later added the dramatic voice of Ian Gilliam. The song gains intensity little by little until at 3:20 the drums break the song and then a guitar solo is added that begins an impressive riff and lasts approximately 2 minutes. At the end, the melody returns to the beginning of the song, growing again until an end where it seems that the song wakes up from a nightmare.

The song begins with an epic introduction that gives way to Elton John’s piano. At 3:30 the song gains strength and has a progressive air that gives rise to an electric guitar. As of minute 5:50, the most pop part of the song begins, which it practically does not leave until the end, except for a small interlude between minutes 8:00 and 8:40. At first they were composed as two different songs but I think putting them together made the second part benefit from the whole, giving it a more upbeat feel after a more dramatic start.

‘Desolation row’ is not just a favorite song of more than ten minutes, it’s a clear candidate to be one of the best songs of all time. Unlike most songs over ten minutes here there are no big solos, no ups, no downs, no ‘grooves’ or anything like that, just Dylan singing his best poetry while Charlie McCoy fills in the silences with the notes of his acoustic guitar.

This is a bit of a cheat because ‘A Sailor´s Life’ could be seen as a cover. Of course, if we take into account that the original is from the 18th century, we could stop being so fussy. Besides, we couldn’t leave out this important song in the career of the best English folk rock group, at the golden moment in which they had in their ranks the incredible guitar of Richard Thompson and the even more incredible voice of Sandy Denny.

The introduction of a new character in Bowie’s career: the skinny white duke. Also the best song from one of his most underrated ‘chameleon’ albums. And it is that he has the misfortune of being in the middle of his two best-known stages, the glam and the Berlin one.

Some of the live versions of this blues marathon exceed half an hour and include a drum solo by Mitch Mitchell that becomes eternal. The official one, included on the 1967 Electric Ladyland album, runs to a comparatively scrawny 15 minutes.

British minimalist composer Gavin Bryars enlisting Tom Waits to record a new version of this 1971 piece based on the ditty of an alcoholic homeless man begging through the streets of central London. The drunken ditty lasts just a few seconds and is of a simple and abrupt beauty. From there, it all depends on how in tune one is with Bryars and his inexhaustible ability to generate musical mutations from that one simple phrase.

Single corresponding to the second album of the hard rock band ‘UFO’, which was released in 1971. It is the last studio album with guitarist Mick Bolton, after his withdrawal from the band after the promotional tour.

Released in 1968, it is a rock rock song by Iron Butterfly, included in the album of the same title, in which it occupies the entire B-side of the album. The lyrics are simple, and are heard only at the beginning and at the end.

1971, the band surprise us with Nursery Crime, which includes this song that destroys the litany of those who say that progressive rock is too elegant and boring. Phil Collins destroys this prejudice throughout the song on drums. The sound moves between baroque ballad and symphonic metal. Well ahead of its time, it is an authentic sound journey that is highly recommended.