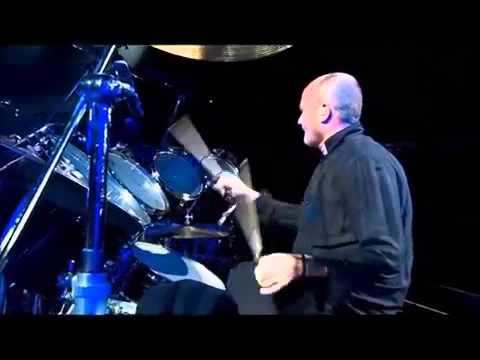 Drummer and vocalist Phil Collins has just turned 70 and our readers have chosen the artist’s favorite songs, both solo and as part of Genesis.

Philip was born in the town of Chiswick, England, on January 30, 1951, and is known as a singer, drummer, composer, producer and also an actor, his least known facet.

Between 1984 and 1989 he has led the US Billboard Top 100 chart as a singer 8 times, 7 as a soloist and once with Genesis. According to Atlantic Records data from 2002, his solo career sales have reached 150 million records worldwide.

He has won numerous music awards throughout his career, including 7 Grammy Awards, 5 Brit Awards, an Oscar and 2 Golden Globes for his work on film soundtracks.

He was an important part of Genesis. He was one of the best drummers and when Peter Gabriel decided to step aside, he took over the reins of the band as a vocalist, something that made it one of the most successful groups in the 70s and 80s.

By all accounts, Phil Collins is one of the great names in rock history. Being one of the best progressive drummers in Peter Gabriel’s Genesis, after his departure he took the important step of jumping to the forefront and assuming the position of vocalist, generating a new and successful era for the band that kept its identity progressive throughout the rest of the ’70s, jumping to stadiums and masses in the ’80s, as well as cultivating an equally successful solo career, and once again headlining one last tour for the band.

Watch all the 5 Greatest Isolated Drum Tracks From Phil Collins below: